The Mrs Brown’s Boys Christmas special went down a hit with Irish viewers once again this year, as it topped RTÉ’s ratings for the ninth year running.

Audiences also continued to turn to RTÉ for their news across the Christmas period, as the Six One News scored second highest Irish rated programme with viewers averaging at 437,400 (42% share) on Christmas Eve. 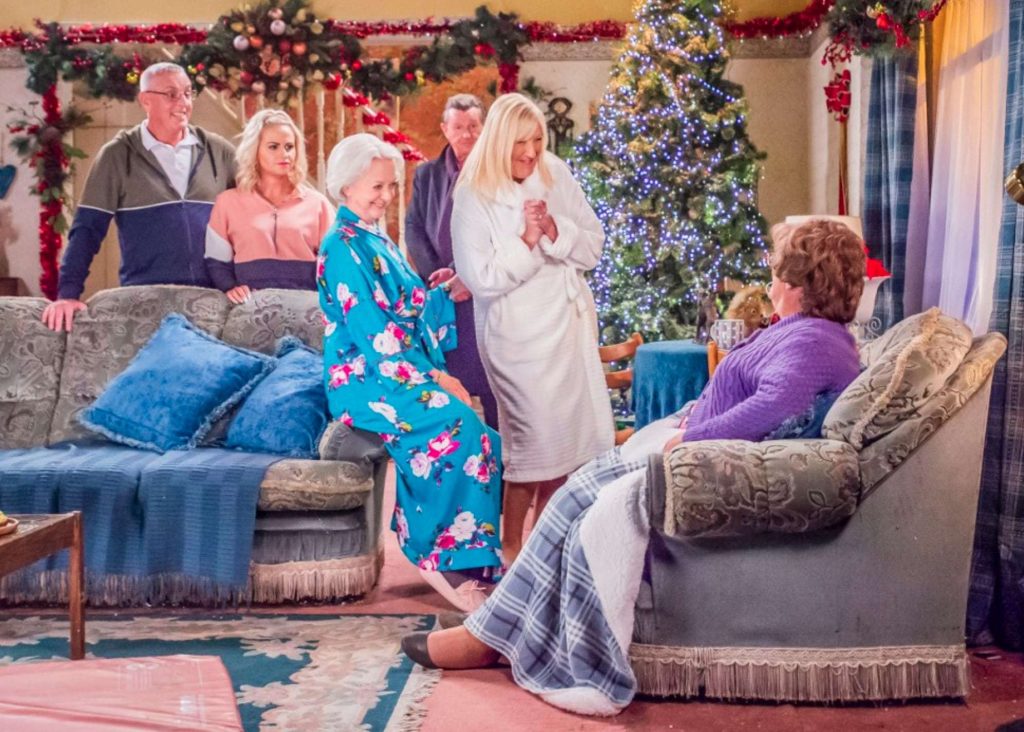 On Christmas Day, viewers also tuned in to watch Fair City’s hour-long special, which was watched by an average of 332,700 people (21% share).

2019 saw the death of one of Ireland’s greatest entertainers, Brendan Grace, and RTÉ aired a three-part series in the autumn to honour him.

Brendan’s Thanks For The Memories Concert was also broadcast as part of the Christmas schedule, and an average of 329,000 viewers (29% share) tuned in to watch it.

Next up, the Big Christmas Rewind was watched by 312,000 people (29% share). The programme saw Irish celebrities and their real-life or TV families sit down together to rewind through a nostalgic, heart-warming and hilarious mix of the best of Irish Christmas telly from years gone by.

Christmas movies on RTÉ proved to be a big hit with viewers over the festive season.

Second most popular was Beauty and the Beast, watched by 369,000, which also aired on Christmas Day, with Willie Wonka and the Chocolate Factory and Olaf’s Frozen Adventure also faring well with audiences.

On New Year’s Eve, there will be plenty to watch on RTÉ One as Irish singer Una Healy hosts a very special NYE party with the RTÉ Concert Orchestra.