Kit Harington and Rose Leslie have announced they are expecting their first child.

The couple, who starred alongside each other in Game Of Thrones, confirmed the exciting news when Rose showed off her baby bump in a photoshoot for Make magazine.

During her interview, Rose said they recently moved back to England from the US, so they can raise their child close to their nearest and dearest.

Rose said: “What a glorious thing to be able to run to the countryside and recoup.”

So wonderful working with the beautiful Rose Leslie for the cover story of @make_magazineuk out now! A very special all woman team photographic shoot capturing Rose at this wonderful time as she prepares for motherhood for the first time! My team were: @billiescheepersphotography @liztaw doing beautiful hair and @justinejenkins wonderful makeup. Rose wears @stellamccartney. Huge thanks to @vrwpublicity for organising the shoot and to Hannah Rand for her interview. #roseleslie #makemagazine #rose #portraitphotography #portrait #interview #covershoot #cover #stellamccartney #gameofthrones

“It’s a great privilege to be surrounded by greenery, birdsong and hedgerows, and our delightful neighbours. It’s so peaceful.”

Kit and Rose first met while playing Jon Snow and Ygritte in Game of Thrones.

The couple went on to marry in Scotland last June, and their wedding was attended by a host of their co-stars. 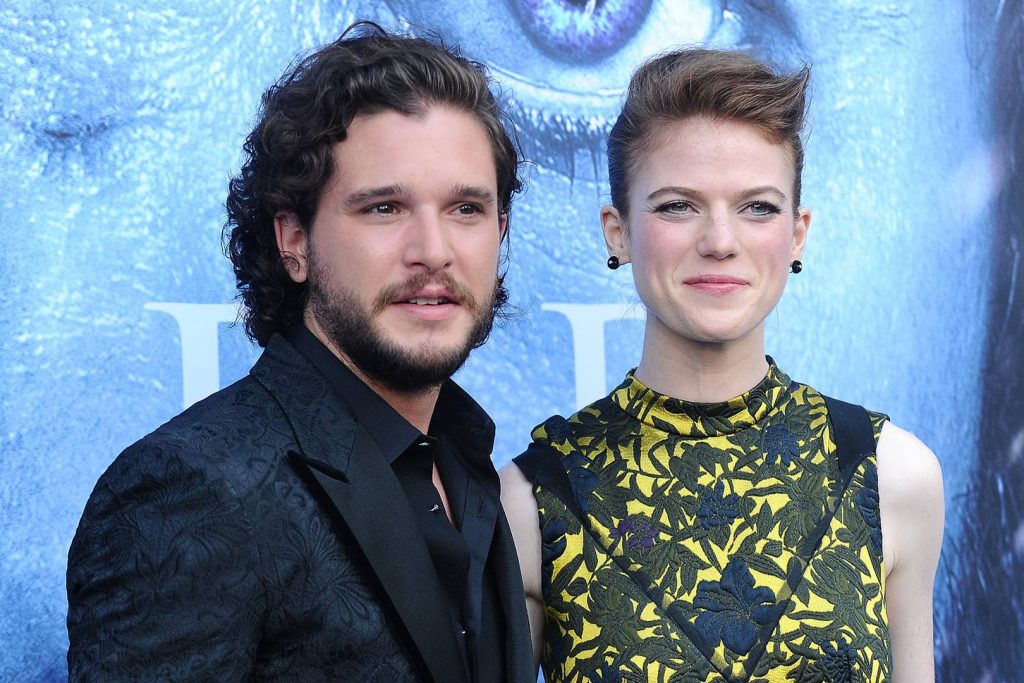