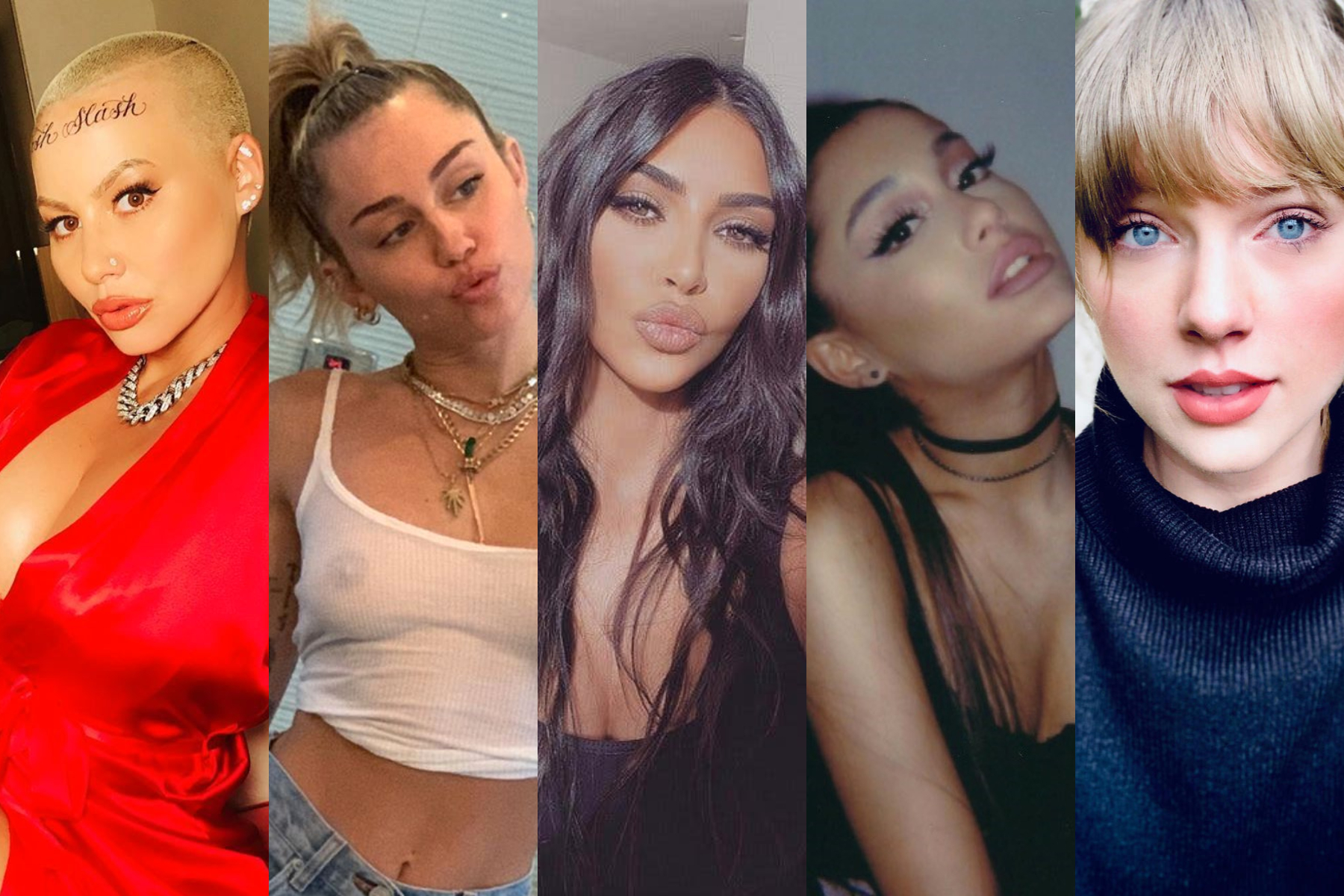 Following this week’s Gosscast which discusses double standards, gender inequality and sexism in both the workplace and society – we have rounded up five celebrities who have opened up about being slut-shamed throughout their careers.

According to Dictionary.com, slut-shaming by definition is the “practice of disparaging women, and occasionally men, for acting in a manner that violates ‘norms’ regarding sexually appropriate behavior.”

These stars have spoken out about the issue, fighting back against the double standards that exist in today’s society.

Amber Rose has been very vocal about experiencing slut-shaming and has actively fought back, becoming a leading voice for gender equality.

She began the Amber Rose SlutWalk in 2015, where she gave a speech on experiencing slut-shaming by her ex-husband Wiz Khalifa.

At the time, Amber said: “I just loved him so much and gave him a beautiful son. To be told that I was nothing but a stripper, it hurt. So I decided to have this SlutWalk for women who have been through s*** like me.”

Speaking to Harper’s Baazar, the activist explained what SlutWalk was all about:

“We’re speaking up and we’re not scared just because these men are in higher positions or they have more money or they intimidate us.”

“We have a voice and we all realize now that’s why SlutWalk is so important—to bring an awareness of actually what’s happening in this world,” she continued.

“It’s the equality issues that we deal with, but also the fact that, we can band together as women and stand up for each other and realize that we do have a voice that can make a change.”

Amber Rose also spoke about the double standards women face when posting images of their body on social media:

“If I want to show my ass on Instagram, I’m allowed to do that because it’s my ass and it’s my Instagram. So yes, there will be trolls.”

“But a lot of girls get the s***** end of the stick when guys post themselves oiled up with their shirts off constantly and everyone’s like ‘Wow, he looks amazing,’ but if I take my shirt off, I’m a hoe.”

In a lengthy Twitter post last year, Miley Cyrus addressed the slut-shaming she faced after she was first spotted kissing Cody Simpson in October – following her split from Liam Hemsworth.

“Men (especially successful ones) are RARELY slut shamed,” she wrote, “They move on from one beautiful young woman to the next MOST times without consequence.”

The singer also faced a public shaming in 2013 when Sinead O’Connor wrote an open letter to the star, claiming she was being “prostituted” by the music industry.

The Hannah Montana star responded saying: “Sinead. I don’t have time to write you an open letter cause Im hosting & performing on SNL this week.” 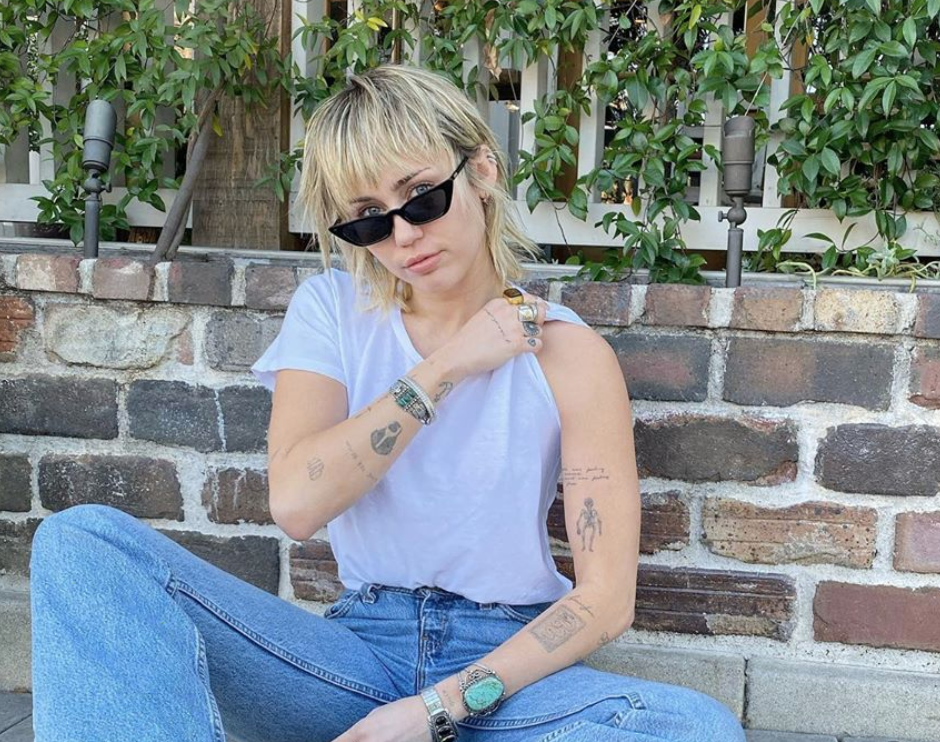 While she was condemned for twerking on Robin Thicke, he didn’t face the same critique for his role in the performance – highlighting double standards in today’s society.

In an interview with Marie Claire, Miley acknowledged the double standards in the music business.

“There is so much sexism, ageism, you name it,” she said. “Kendrick Lamar sings about LSD and he’s cool. I do it, and I’m a druggie whore.”

Kim Kardashian blasted slut-shamers after facing backlash for posting a naked selfie back in 2016.

The mother-of-four responded to the criticism on her official website in a powerful statement, opening up about the constant talk of her sex tape.

“In all seriousness, I never understand why people get so bothered by what other people choose to do with their lives,” she wrote.

“I don’t do drugs, I hardly drink, I’ve never committed a crime—and yet I’m a bad role model for being proud of my body?”

She continued: “It always seems to come back around to my sex tape. Yes, a sex tape that was made 13 years ago. 13 YEARS AGO. Literally that lonnng ago. And people still want to talk about it?!?!”

“I lived through the embarrassment and fear, and decided to say who cares, do better, move on.”

“I shouldn’t have to constantly be on the defense, listing off my accomplishments just to prove that I am more than something that happened 13 years ago.” 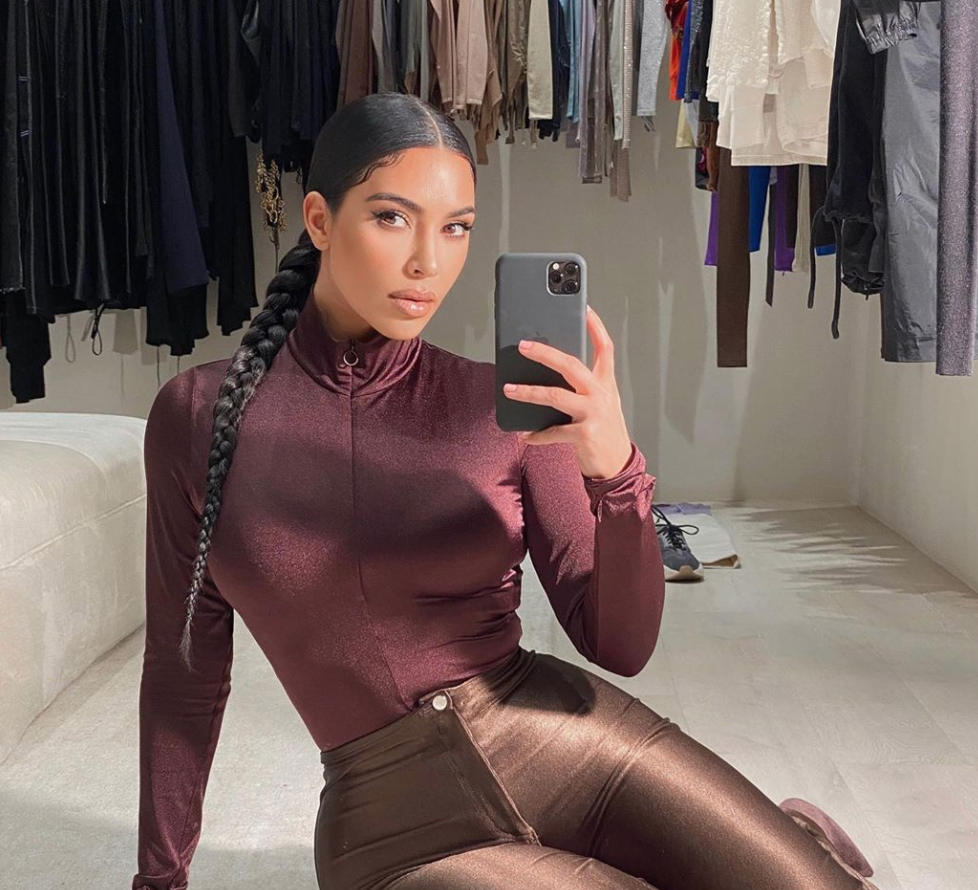 “And I hope that through this platform I have been given, I can encourage the same empowerment for girls and women all over the world. I don’t want [North] to grow up in a world where she is made to feel less-than for embracing everything it means to be a woman.”

“It’s 2016. The body-shaming and slut-shaming—it’s like, enough is enough. I will not live my life dictated by the issues you have with my sexuality. You be you and let me be me.”

Kim finished by saying: “I am a mother. I am a wife, a sister, a daughter, an entrepreneur and I am allowed to be sexy.”

Ariana Grande took to Twitter to post a powerful reminder that women are not men’s “property”, following the treatment she faced after splitting from Big Sean.

“I come from a long bloodline of female activists,” she wrote, “My aunt Judy was the first Italian-American female president of the National Press Club in Washington D.C.”

“I think she would have been proud of me for speaking up about something that has been bothering me personally for so long.”

“I can’t wait to live in a world where people are not valued by who they’re dating, married to, attached to, having sex with (or not), seen with… but by their value as an individual.” 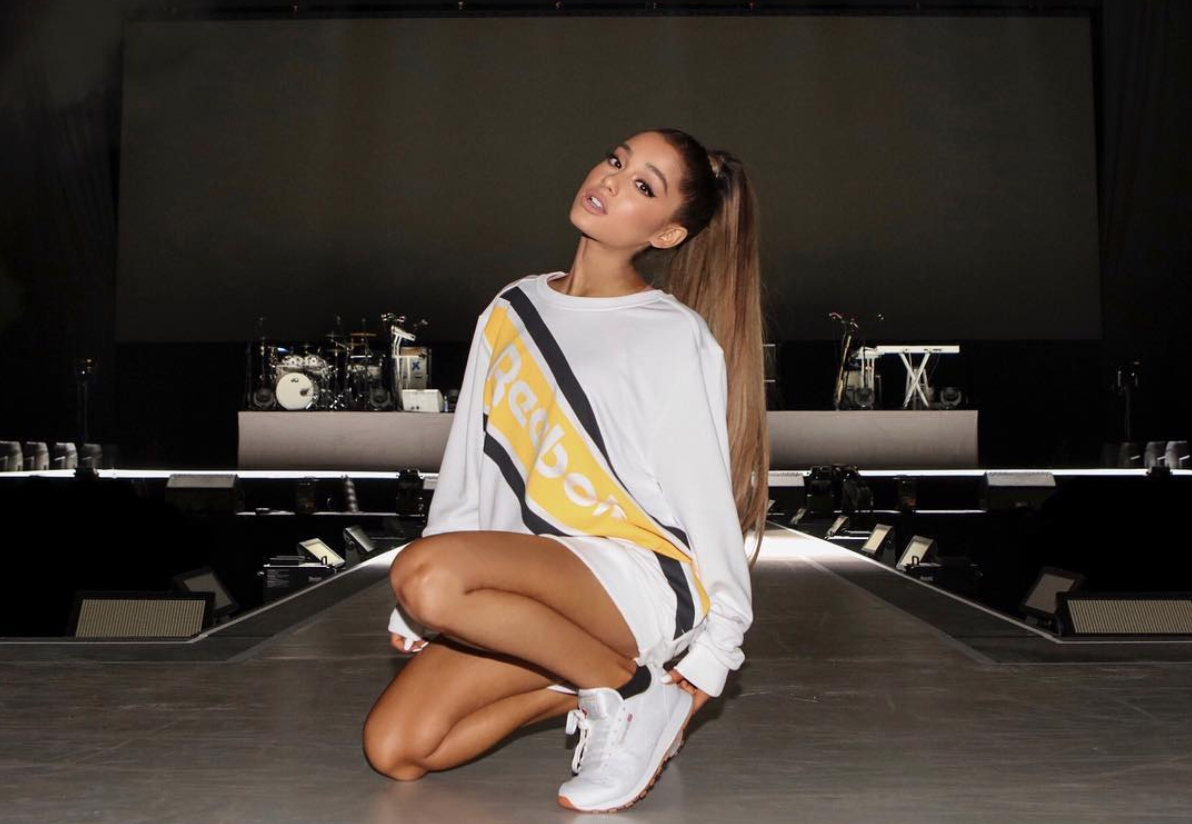 “I want the people reading this to know that they are more than enough on their own.”

Ariana finished her statement with a quote: “Any woman who chooses to behave like a full human being should be warned that the armies of the status quo will treat her as something of a dirty joke. She will need her sisterhood.”

Taylor Swift has previously opened up about being regularly slut-shamed in her 20s, facing constant scrutiny about her dating life.

Speaking on Apple Music’s Beats 1, she said: “It’s a way to take a woman who’s doing her job and succeeding at doing her job and making things, and — in a way — In a way, it’s figuring out how to completely minimize that skill [songwriting] by taking something that everyone in their darkest, darkest moments loves to do, which is just to slut-shame, you know?”

“That happened to me at a very young age, so that was a bit hard. That was one of the first times I was like, ‘Wow, this is not fair.'” 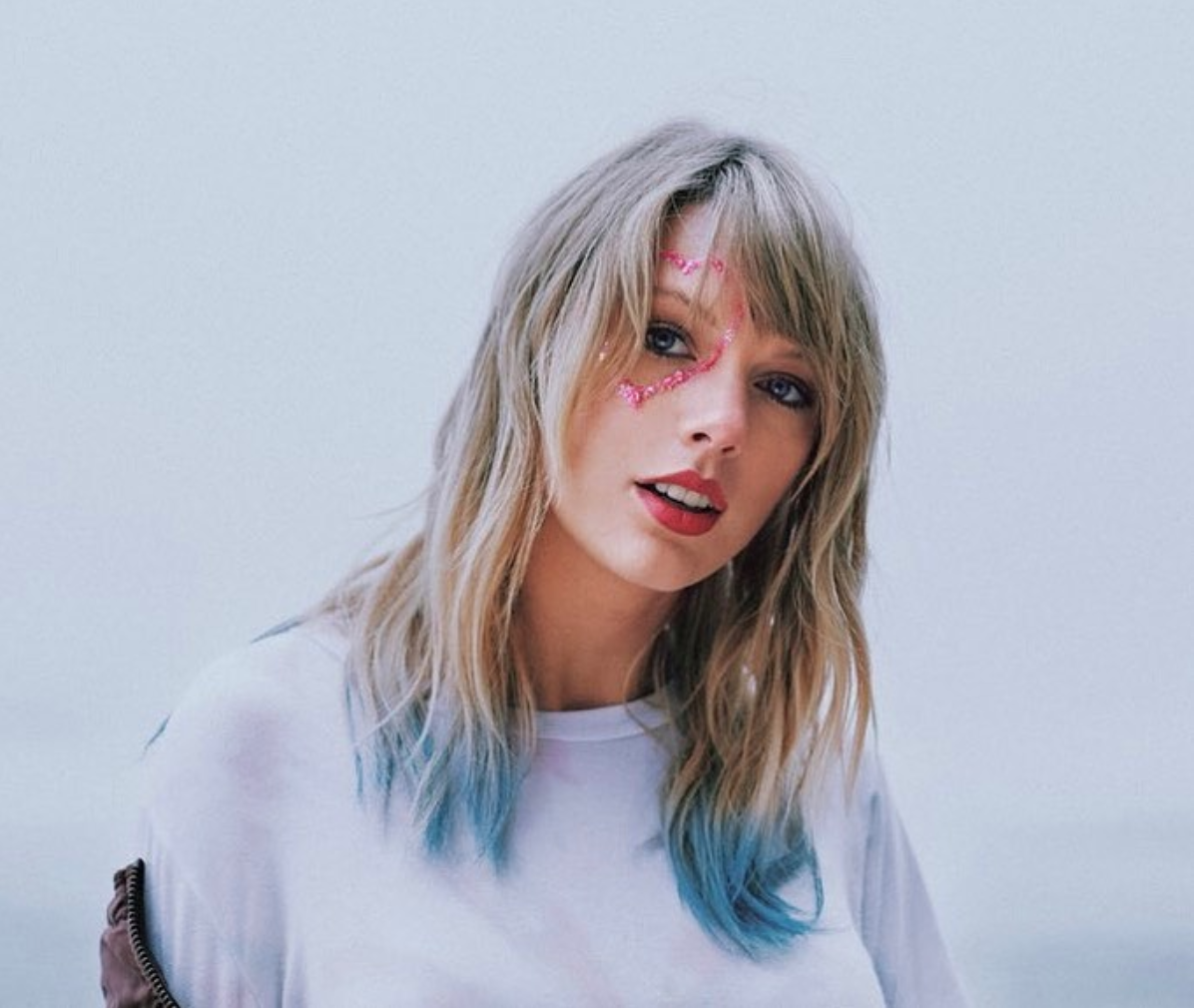 “When I was 23 … people were just kind of reducing me to, like, kind of making slideshows of my dating life and putting people in there that I’d sat next to at a party once,” she continued.

“Anybody who puts anything out into the world, if it has a bit of success, now that comes with scrutiny.”

“And that’s something that I tell a lot of new artists and a lot of people who I ended up talking to, who are like, ‘Hey, so you’ve been through a lot of things. I’m freaking out, I’m getting my first wave of bad press, what do I do?'” 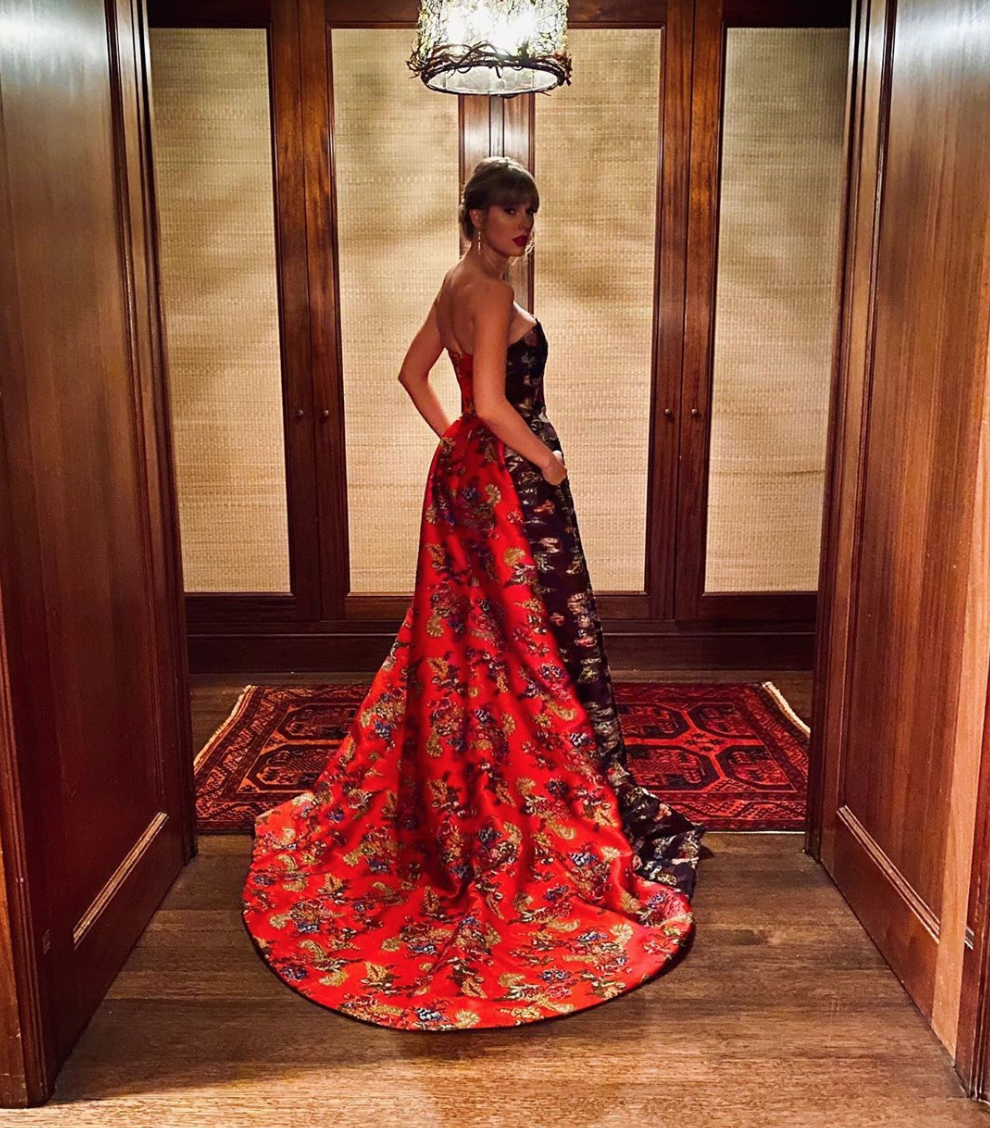 “I don’t think people understand how easy it is to infer that someone who’s a female artist or a female in our industry is somehow doing something wrong by wanting love, wanting money, wanting success,” she said.

“Women are not allowed to want those things the way that men are allowed to want them, and so I think when I was the youngest, it was hard because I didn’t understand why nobody was saying that this was wrong.”

Here’s what is leaving Netflix this month