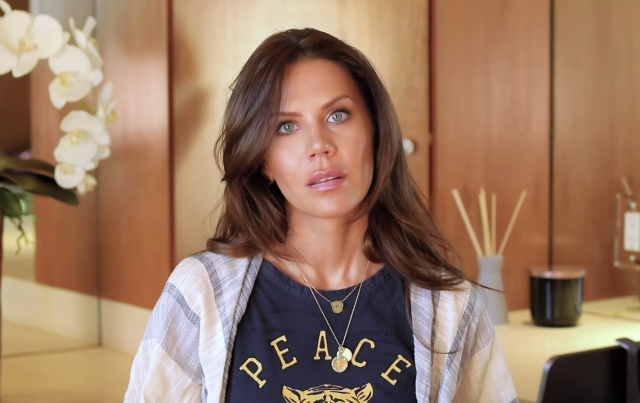 Twitter has been reacting to the latest drama involving the beauty community on YouTube, following Tati Westbrook’s latest video calling out Shane Dawson and Jeffree Star.

In the video, which was titled Breaking My Silence, the 38-year-old accused the pair of ‘manipulating’ her into making her infamous ‘Bye Sister ‘video about James Charles last May.

Tati revealed that making Bye Sister was one of the biggest regrets of her life, admitting it damaged her health, relationships, and reputation.

People have taken to Twitter to share their thoughts on the scandal, posting hilarious memes alongside their reactions.

Me while watching three adults in their 30’s try to cancel eachother #tatiwestbrook #shanedawson pic.twitter.com/RTwx6UbcG4

Me waiting for Jeffree Stars response to Tati’s video pic.twitter.com/hmJxEyyhTC

Me: *I don't give a shit about Tati, James Charles, Shane Dawson or Jeffree Star*

Me when the drama starts: pic.twitter.com/q9AsuqGmxE

But in her latest video, Tati claimed that she was coerced into making the infamous video by Shane and Jeffree.

“[Shane] and Jeffree fed me so much information that I felt sick. Almost every day there was more information and new allegations,” Tati alleged.

“Eventually I started believing what they were saying, because they said they had evidence.”

Rylan wrote: “Tati Westbrook – a master class in  manipulation. The only was to save her reputation was to side with the person she tried to ruin. Make no mistake. This 40 year old woman choose to post a video on her own accord.”

“She riled up Shane before doing so to have one of the biggest creators backing her in the chance this all backfired. Shane very well WOULD have posted a video exposing James had he felt so inclined.”

“No receipts because she didn’t want to expose the countless times she told Shane that she was a big girl doing this ONLY for herself,” he finished.

creators backing her in the chance this all backfired. Shane very well WOULD have posted a video exposing James had he felt so inclined. No receipts because she didn't want to expose the countless times she told Shane that she was a big girl doing this ONLY for herself

The news comes just days after Shane came under fire last week, after he released an apology over his past controversies.

The 31-year-old also faced backlash from Jada and Jaden Smith, after an old video resurfaced of Shane appearing to sexualise Willow Smith – who was eleven years old at the time.