The popular girl band teamed up with Anne-Marie for their new track ‘Kiss My (Uh Oh)’, and released the video for the song on Friday.

Fans took to Twitter to react to the video, with many commenting on Perrie and Leigh-Anne’s growing bumps.

Leigh and Perrie’s part was so cute, MY HEART IS FULLY MELTING! my fav pregnant ladies!🥺 #KissMyVideo pic.twitter.com/QfZj6hyoIQ

Loving the music video omg 😍 and it's literally the cutest how they made Leigh and Perrie mostly sit in their parts cause they're so heavily pregnant pic.twitter.com/YUa3TP7MMt

another music video where leigh-anne and perrie are pregnant, women are so powerful.

In a recent interview with TikTok, Perrie recalled the emotional moment she and Leigh-Anne found out they were both expecting.

The 28-year-old said: “We were on a work Zoom and we were chatting about things that were coming up in our schedule, because in Little Mix we are blocked out two years in advance.”

“I was thinking, I won’t be able to do that. I messaged my manager and she called me and said, ‘You’re pregnant.’ 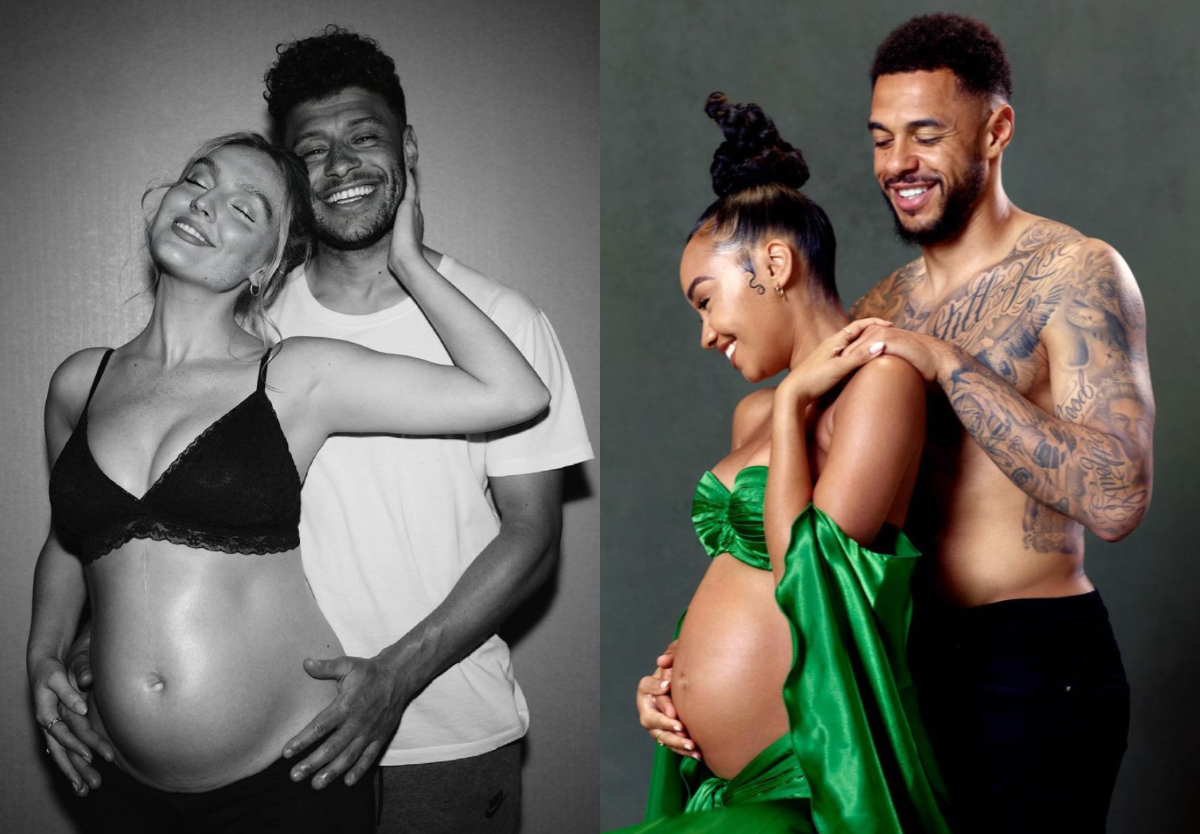 “I was like, ‘How do you know? And she said, ‘Because I am pregnant.’ Then she said: ‘Can I add someone to the call.’

“I just heard this voice that said: ‘Perrie! You too!’ And then we just cried our eyes out. What timing! It wasn’t planned.”