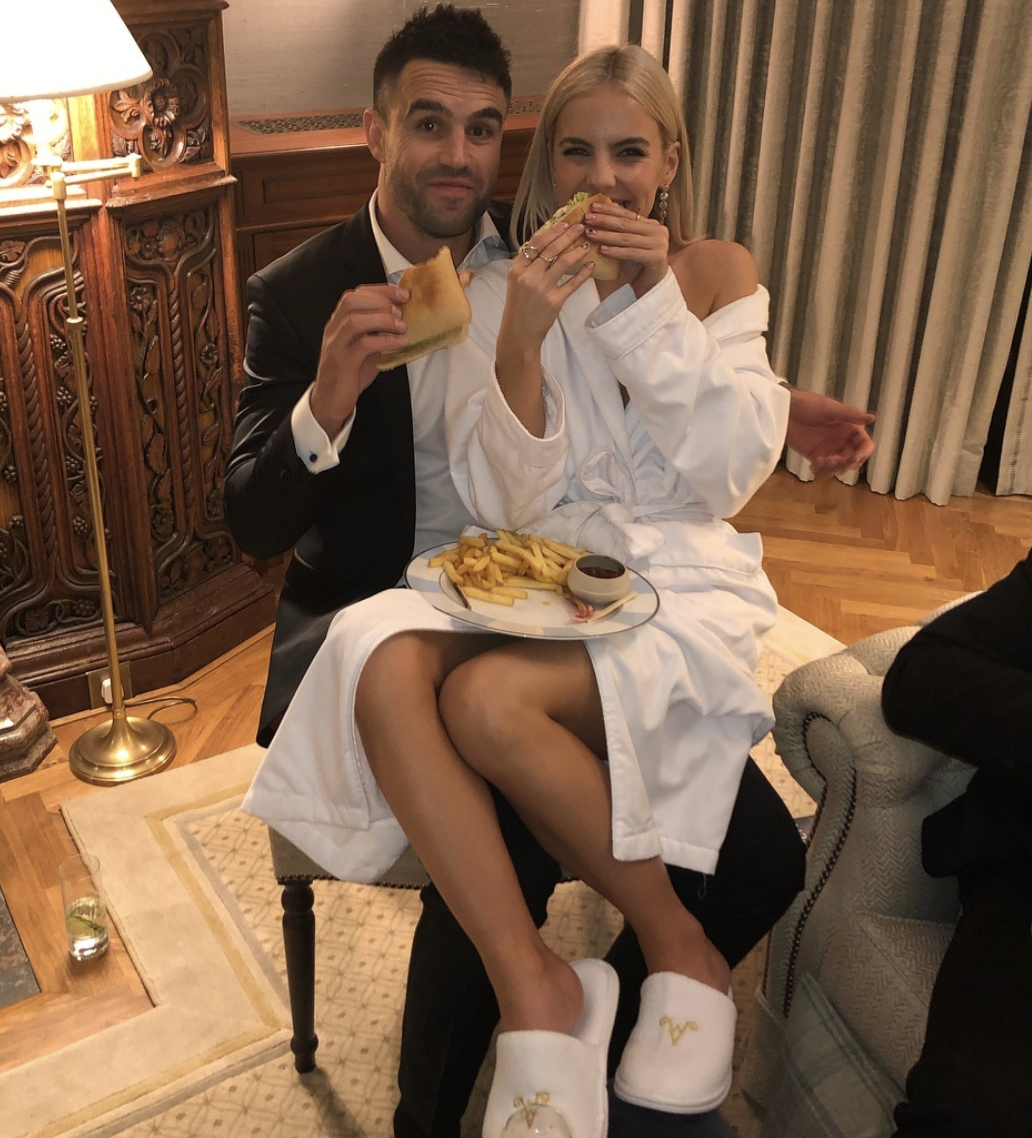 Model Joanna Cooper has been sharing some very-loved up pictures with beau Conor Murray.

The happy couple spent the weekend together, as Conor had a special event in his honour in Limerick’s Adare Manor.

Showing her Instagram followers the two sides to their relationship, former Miss Universe Ireland Joanna shared a picture of the pair celebrating together, but also a photo of the couple relaxing afterwards with toasted sandwiches.

“From toasts to toasties,” Joanna captioned the pic.

From toasts ???? to toasties

The blonde clearly swapped her glitzy gown for a comfy dressing gown, once the lavish event was over.

The couple have been dating for nearly a year now, and this is the first time Limerick man Conor has ever gone public with a romance.

The pair were even forced to deny engagement rumours during the year.

Amazing night with friends and family put on by @garryowen_fc in the stunning @theadaremanor. Special thanks to @thetailorcompany for the very special tux!

Conor also shared photos on his own Instagram account from the weekend, thanking his friends and family for attending the celebration.

PICS: Well-known faces step out at the launch of the Coca-Cola Real Magic Experience