Olly Murs has revealed he plans to marry his girlfriend Amelia Tank, after less than a year of dating.

The 36-year-old and his girlfriend have been keeping their followers entertained by pranking each other during the coronavirus pandemic.

Olly recently appeared on Harry’s Home Fixtures with hosts Harry Redknapp, Jamie Redknapp, and comedian Tom Davis – and he invited the hosts to his future wedding.

During their chat, the presenters started teasing the singer about marriage, and Jamie cheekily asked: “Are we going to get an invite to the wedding?”

Olly then replied: “Listen, if, when, I’m sure I’ll marry Amelia when I get married all you guys are invited. 100 per cent.”

Olly confirmed he was dating the Lloyds Bank worker back in December 2019. 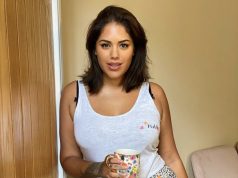