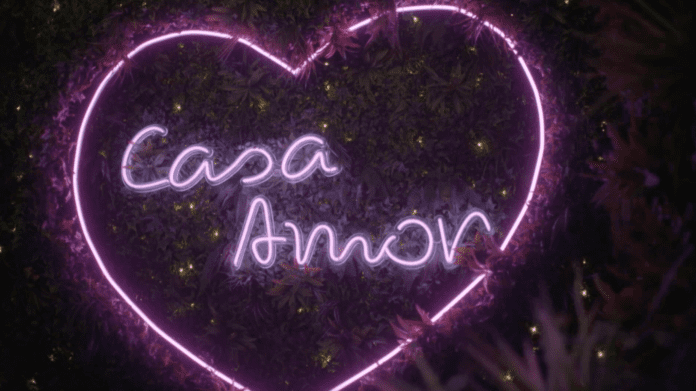 Casa Amor is making its long-awaited return to our screens on Friday night, and Love Island fans are already going wild with predictions.

The boys will be joined by a new group of stunning girls, and some hunky new guys will join the girls – all hoping to turn the Islanders heads.

The news of Casa Amor’s return has sparked a frenzy of predictions, some foreseeable, but others are very interesting….

However, there’s one couple in particular that has got everyone talking: Ekin-Su Cülcüloğlu and Davide Sanclimenti.

The pair were initially coupled up together, before the actress’ head was turned by bombshell Jay Younger.

This caused an explosive argument, in which the Davide branded her “a liar” and an “actress”, before telling he didn’t “give a s**t” about her anymore.

However, Ekin-Su’s romance ended with Jay, and she set her sights on new bombshell Charlie, which also fizzled out – leading her right back to the “Italian Stallion”.

The 27-year-old chose to recouple with Davide on Wednesday, and the following day the couple were chosen to go on an adorable wine-making date.

While fans are hoping the pair will now go on to win the series, some viewers are convinced Casa Amor will be the end of their romance once and for all…

Viewers are predicting the couple will be THE Casa Amor fallout of this season, following the suit of 2020’s Shaughna Phillips and Callum Jones, 2018’s Georgia Steel and Josh Denzel, and 2019’s Amber Gill and Michael Griffiths.

I hate that Ekin-Su and Davide haven’t had time to connect properly before casa amor. What if she stays true but he thinks she’ll switch so comes back with someone?? I can’t #loveisland

i need davide to confess his feelings before casa amor #loveisland pic.twitter.com/G9l7UZkvtD

i feel like davide’s head might turn in casa amor and then ekin su will stay loyal 😔 but no one will blame davide because of ‘karma’ #LoveIsland pic.twitter.com/pnGXrHzpYo

Davide: 50% is on Ekin su the other 50% is CASA AMOR #LoveIsland pic.twitter.com/VwkSkY78Ya

Just realised that Davide’s trust issues will be at peak when Casa Amor comes around and he might end up choosing someone else out of worry that Ekin has turned her head. #LoveIsland