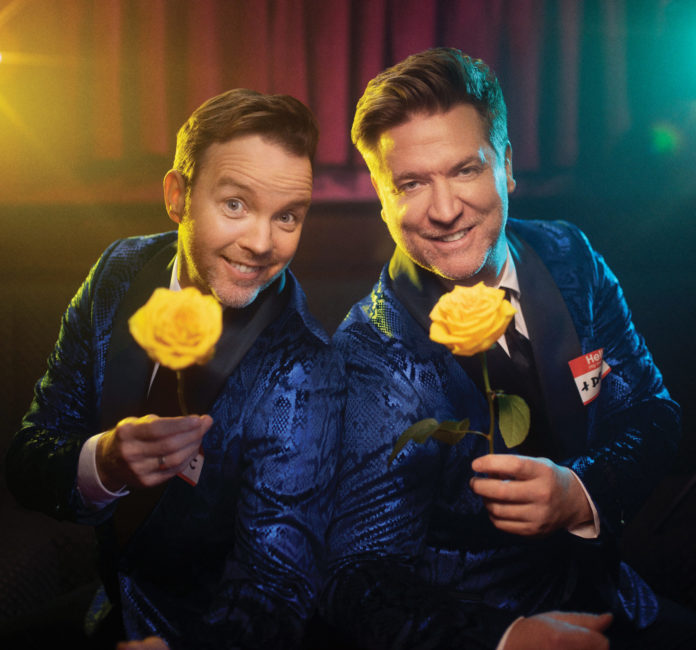 It was a landmark day in the Today FM offices today, as popular radio hosts Dermot Whelan and Dave Moore celebrated 20 years on air.

The duo had a show full of surprises in honour of their special day, as a number of celebrities rang in to wish the pair well.

Dermot Bannon kicked off the kind words by saying he was originally intimidated by the pair for interviews, but said they went on to become his favourite interview duo. 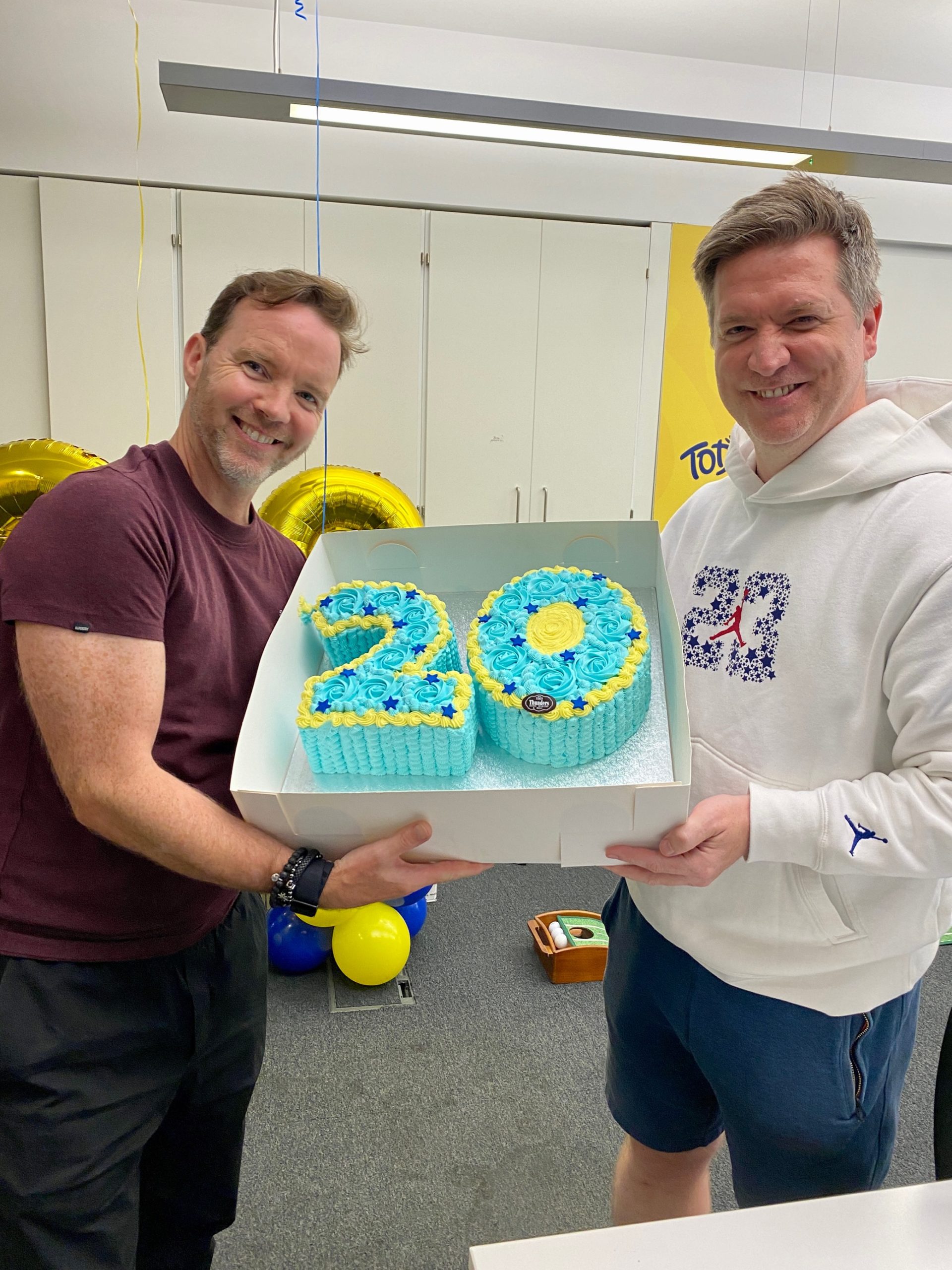 In a very special ‘Ah Sure Look It’ segment, the pair were also joined by their wives and their producer of 16 years, Maria.

It was a show full of musical surprises too, as Dermot & Dave were treated to live music from Dublin band Wild Youth, who did a live rendition of their new single ‘Live Without You’ and ‘Can’t Move On’ from the Today FM studios.

Finally, the guys also got a very special gift from U2 frontman Bono as he sent in a personalised card to them which said: “A pint of Guinness and a packet of crisps for International Dermot & Dave Day, salt and vinegar of course! Congratulation on 20 years. Bono.” 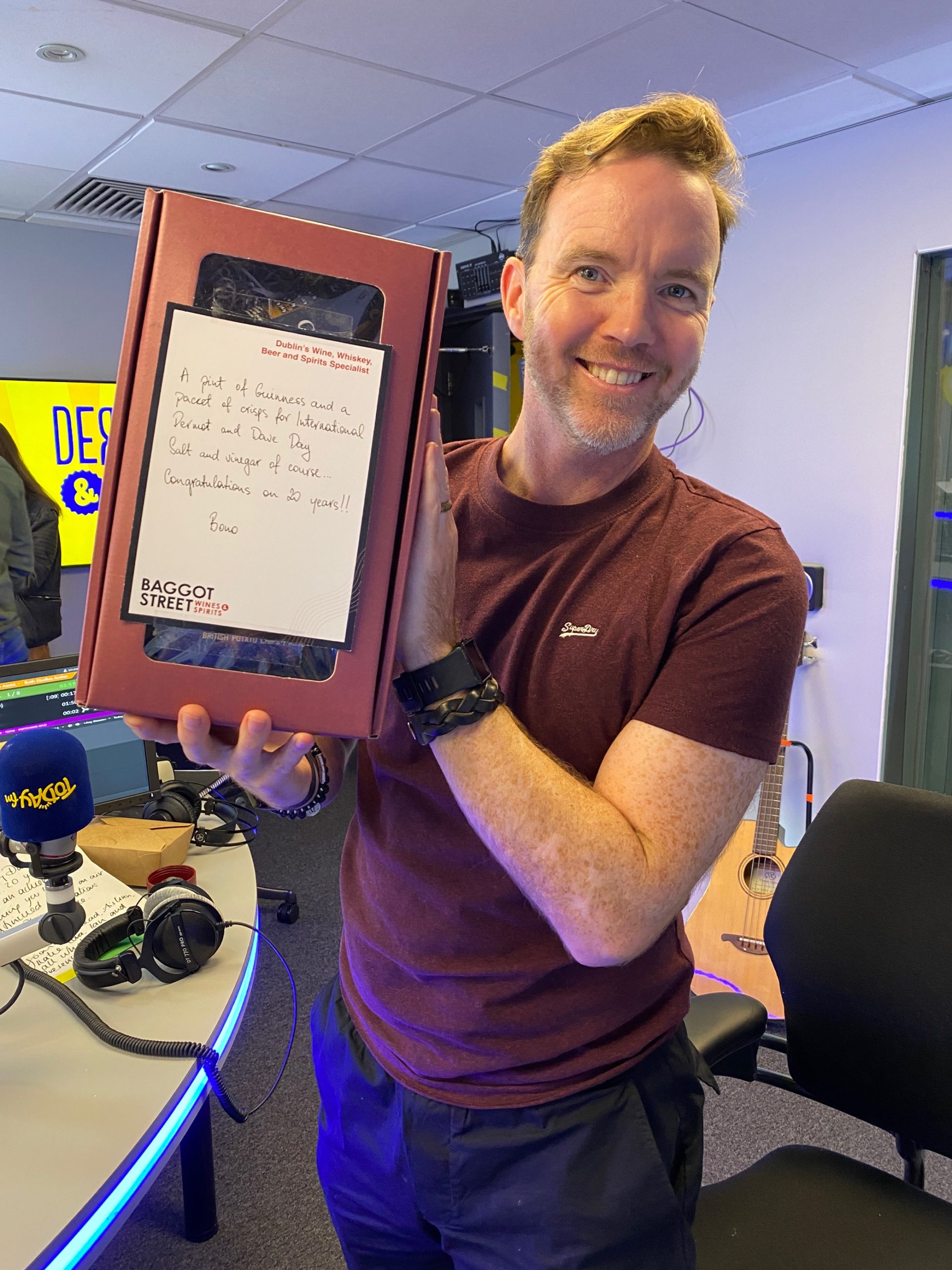 Starting off in 98FM in 2002, the multi-award winning comedy pair have entertained the country on numerous slots over the years in both 98FM and Today FM.

Dermot & Dave joined their current 9am-12pm slot on Today FM back in January 2017, and delight the country every weekday with a jam-packed show filled with comedy, music, giveaways, celebrity interviews, stories from around the country and of course, Dave’s Bad Jokes.

The show has gone from strength to strength over the years and is now the most listened to show on commercial radio with 203,000 weekly listeners. 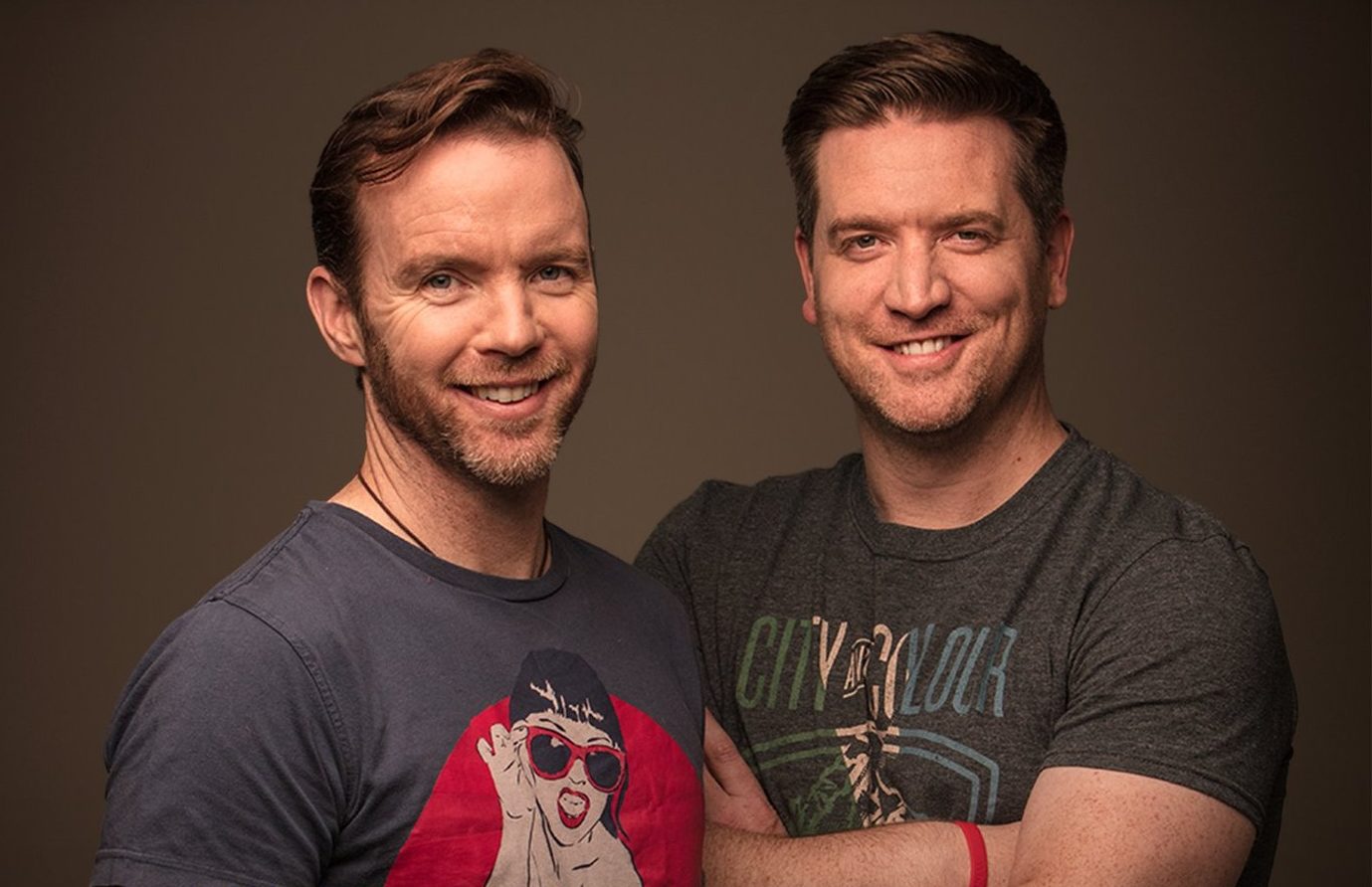 Commenting on this landmark day, Dermot Whelan & Dave Moore said: “Time sure does fly when you’re having fun!”

“We are beyond proud to be celebrating such a landmark achievement for us of 20 whole years on Irish radio.”

“It’s hard to put into words just how much we’ve enjoyed every minute of it, but I think we can both say that it’s been a dream to work alongside a best friend for so many years!”