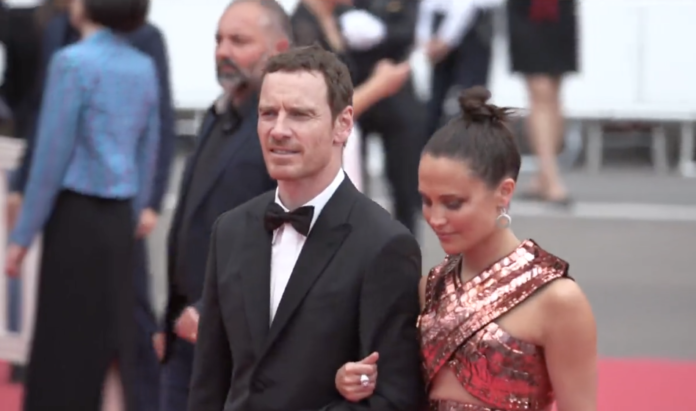 Michael Fassbender and Alicia Vikander made a rare red carpet appearance at the Cannes Film Festival on Sunday.

The couple attended the screening of Holy Spider at Palais des Festival, and looked happier than ever in photos published by MailOnline.

Alicia, 33, stunned in a bronze metallic gown by Louis Vuitton, while Michael, 45, looked suave in a classic black tuxedo.

The a-list couple are notoriously private, and secretly welcomed their first child together last year.

The actress shared the exciting news during an interview with People in September, as she discussed the wonders of motherhood.

The Swedish star said: “I now have a whole new understand­ing of life in general. That’s pretty beautiful and obviously will give a lot to any of my work in the future.”

Alicia confirmed the news after the couple were spotted with a baby while she was filming her upcoming HBO series Irma Vep in Paris.

Fans had no idea if the pair were expecting, as they never announced a pregnancy or confirmed their plans to become parents.

Alicia and Michael met while starring on the set of the 2016 romantic drama The Light Between Oceans, which they both starred in.

The couple tied the knot in Ibiza in 2017, and they have been living in Lisbon, Portugal ever since.