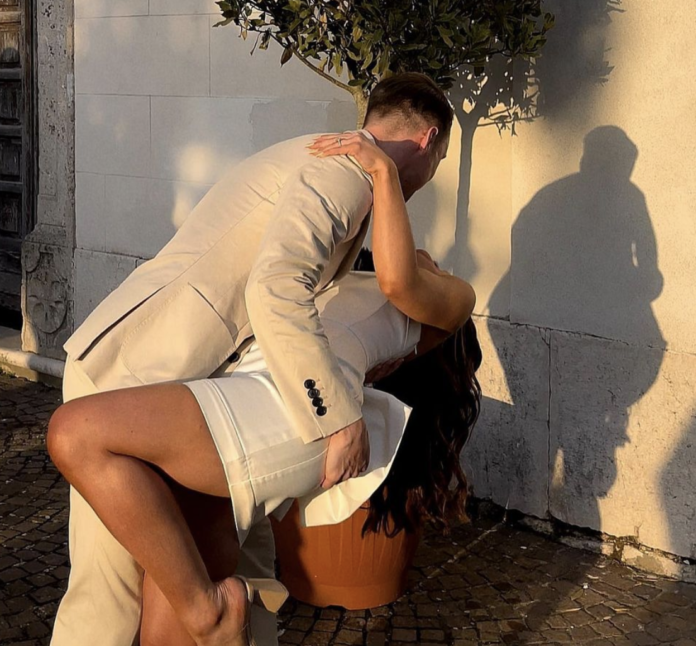 Before they tie the knot in front of their friends and family this weekend, the couple took part in an authentic Italian custom called La Serenata.

The old wedding tradition sees the groom serenade the bride from outside her window, typically the night before they exchange vows.

In a video shared by influencer Niamh Cullen on social media, John sang ‘Buona Sera’ to Bonnie as she stood on a balcony overlooking a courtyard.

The makeup artist’s older sister Lottie followed the same tradition back in 2017, when she married her Italian husband Fabio Aprile.

Bonnie wowed in a chic white mini dress for their Serenata party, which was adorned with a large bow at the back.

The beauty influencer shared more behind-the-scenes snaps from the party on her Instagram Story.

Alongside photos of the food they served at the pre-wedding bash, Bonnie shared a gorgeous shot of John kissing her on the balcony with a bouquet of roses. 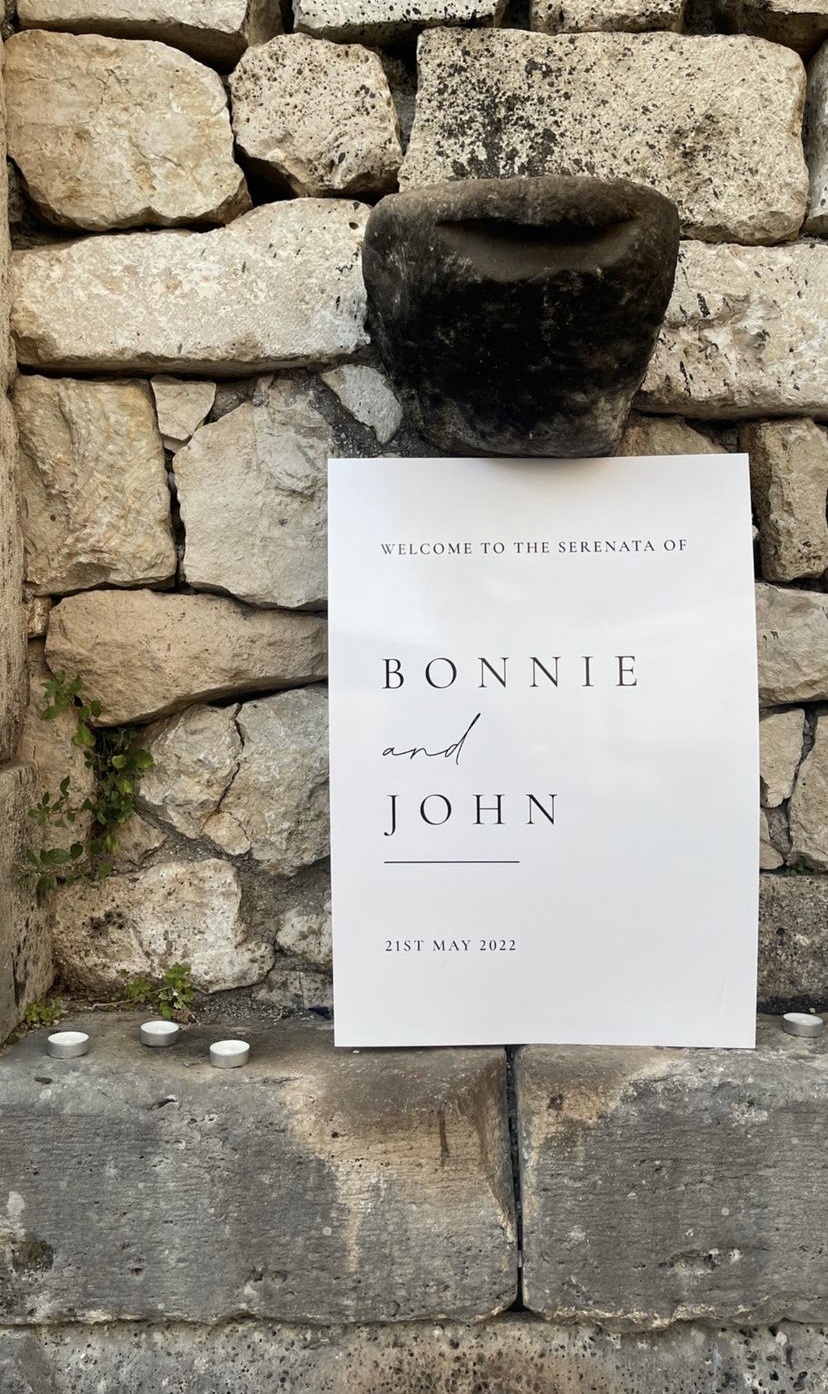 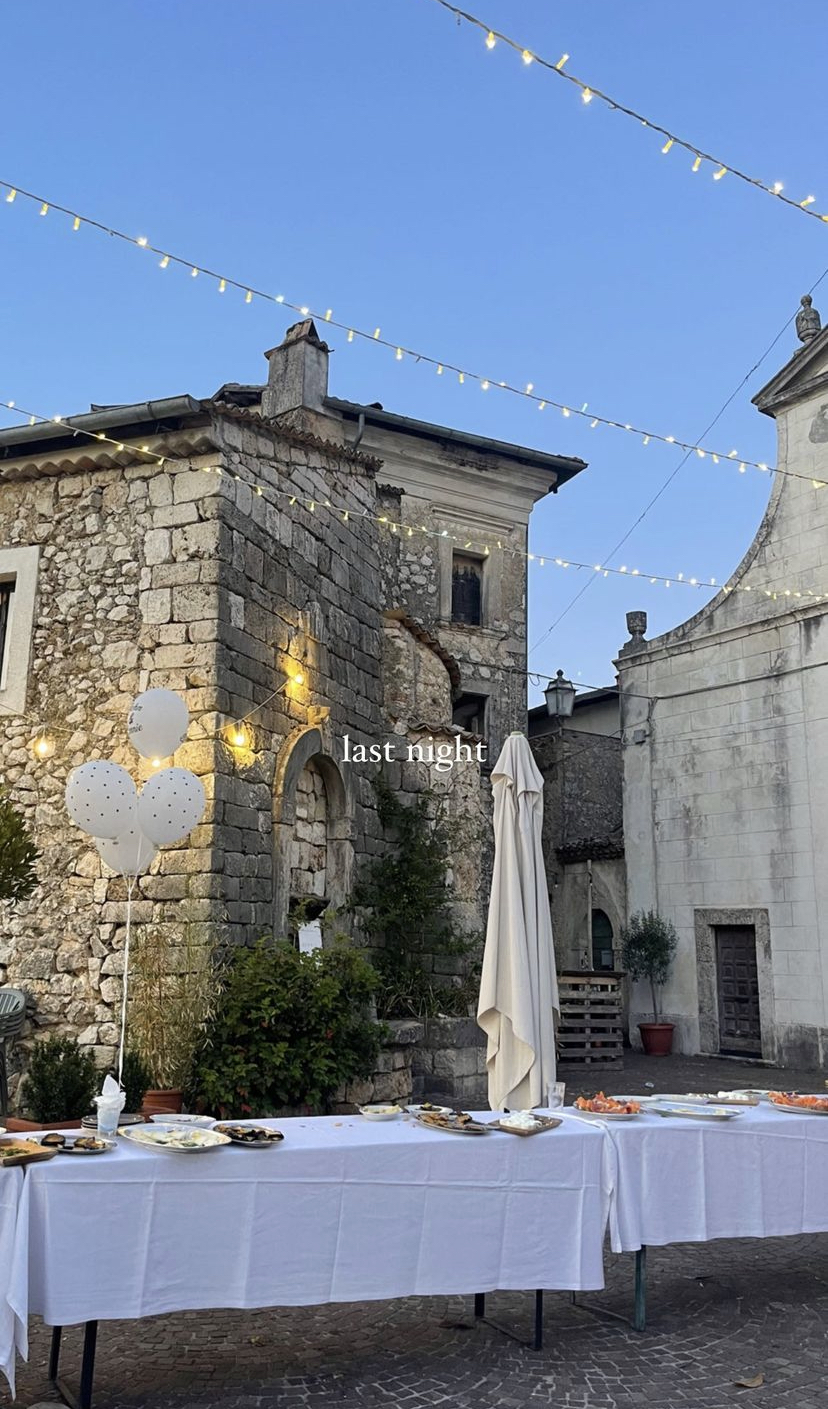 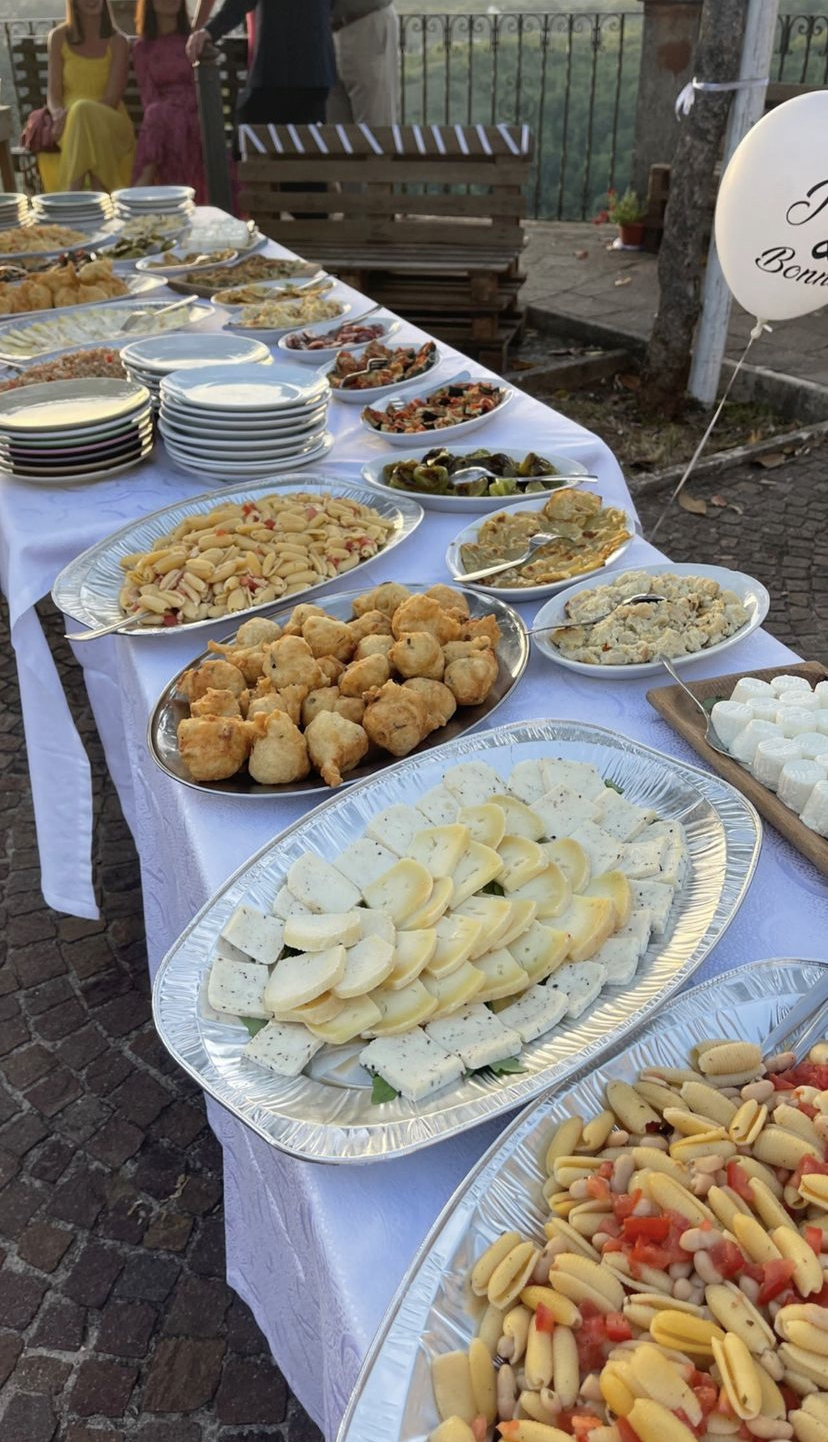 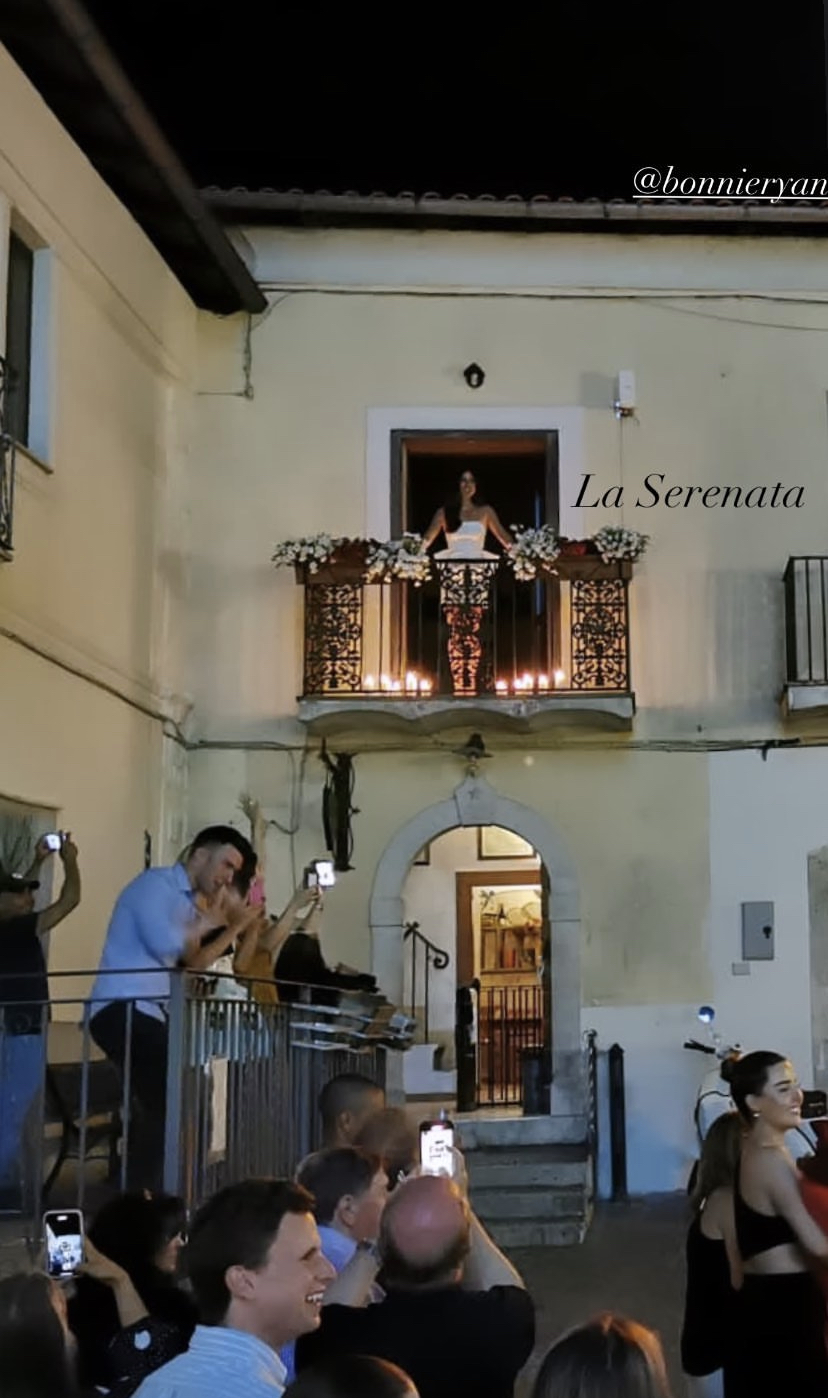 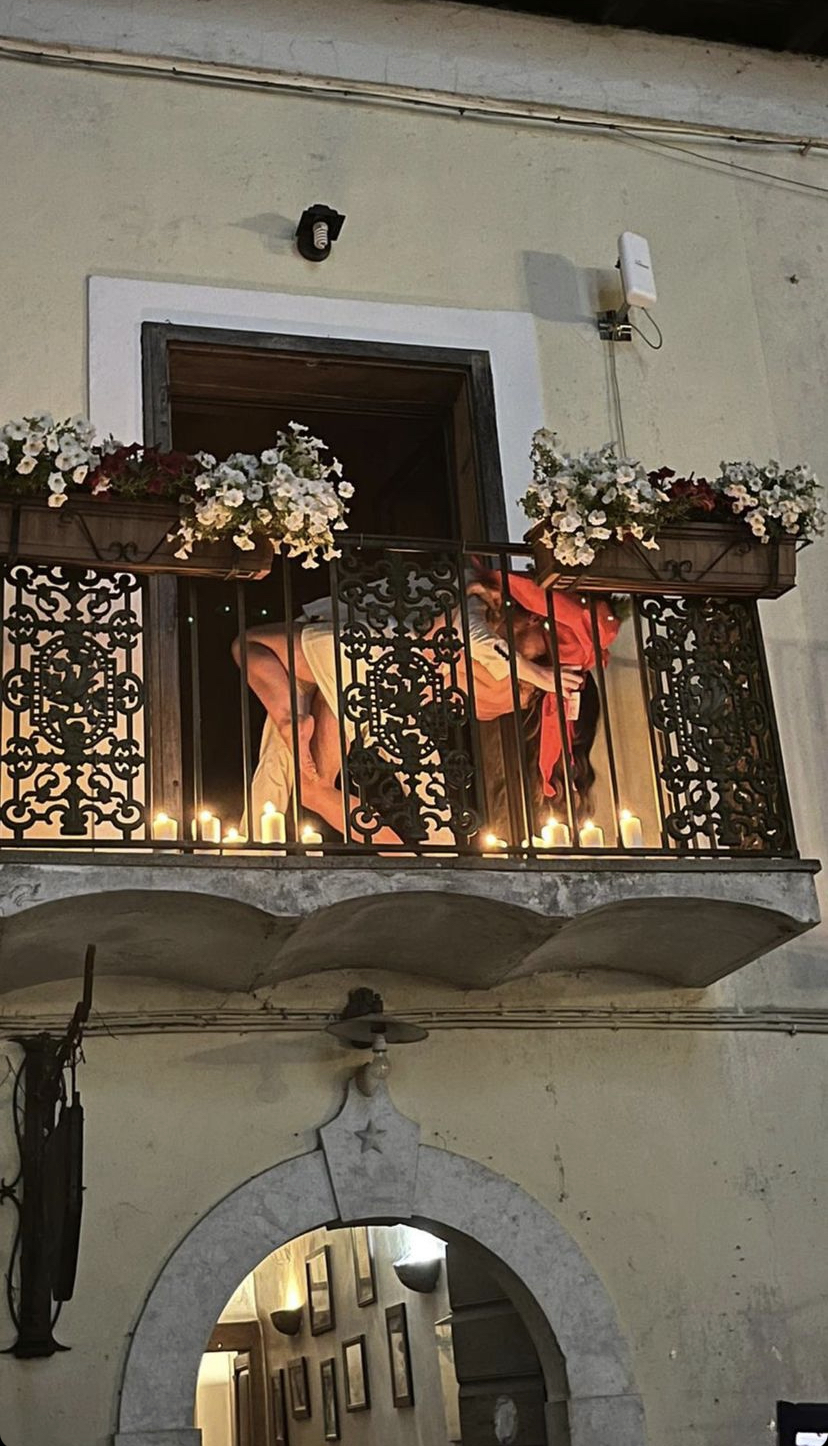 The 29-year-old will tie the knot for the second time in Italy this weekend, after officially marrying her longterm boyfriend John earlier this year.

On March 4, 2022, the couple tied the knot in front of a small group of their friends and family in Dublin, two years after they announced their engagement.

Sharing the news on Instagram, Bonnie shared a stunning snap of herself in a stylish white suit by Nadine Merabi, holding a bouquet of roses.

Bonnie has always kept her love-life out of the public eye, but it’s understood she’s been in a relationship with John for over 10 years.

During a previous interview with Goss.ie, she told us: “We’ve been friends since we were only about 10.”

“We were in the same friends group and just ended up getting together and he’s stuck with me somehow, and now he’s put a ring on my finger there’s no getting away from me! I’m very lucky, but you know what – he’s very lucky too.”