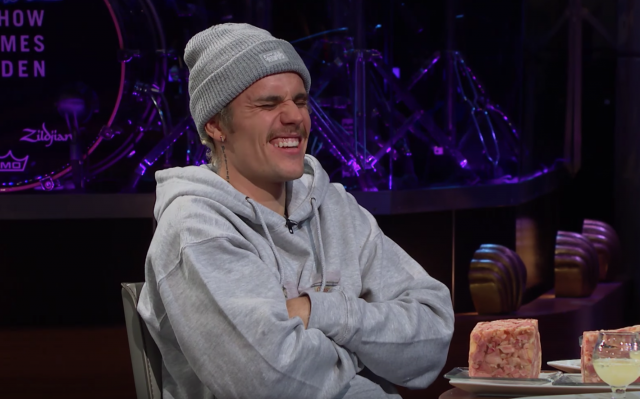 Justin Bieber was forced to rank three of his wife’s famous friends on The Late Late Show with James Corden.

The singer was playing Spill Your Guts or Fill Your Guts, when he was asked to rank three of Hailey’s friends from favourite to least favourite.

The 25-year-old had to rank Hailey’s friends Gigi Hadid, Kendall Jenner and Cara Delevingne, or else eat a piece of bull penis.

James then asked, “So you’re saying Kendall’s the favourite?”

Justin explained: “I know Kendall the best, I’ve spent the most time with Kendall, she’s a good friend of ours.”

“I have nothing against those people, it’s just I have a better relationship… I don’t want to eat a bull’s penis.”