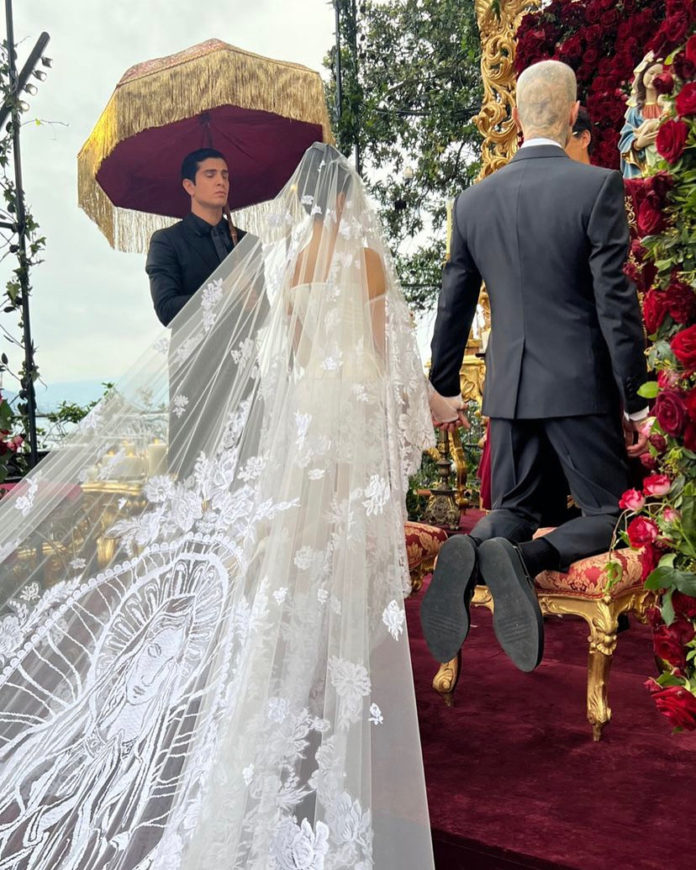 We’ve finally got the first glimpse of Kourtney Kardashian and Travis Barker on their wedding day in Italy.

The couple, who legally wed at a courthouse in Santa Barbara last week, are exchanging vows in front of their family and friends at Castello Brown in Portofino today.

Kourtney is believed to be wearing a dress designed by Dolce & Gabbana, who have reportedly “sponsored” the couple’s star-studded wedding. 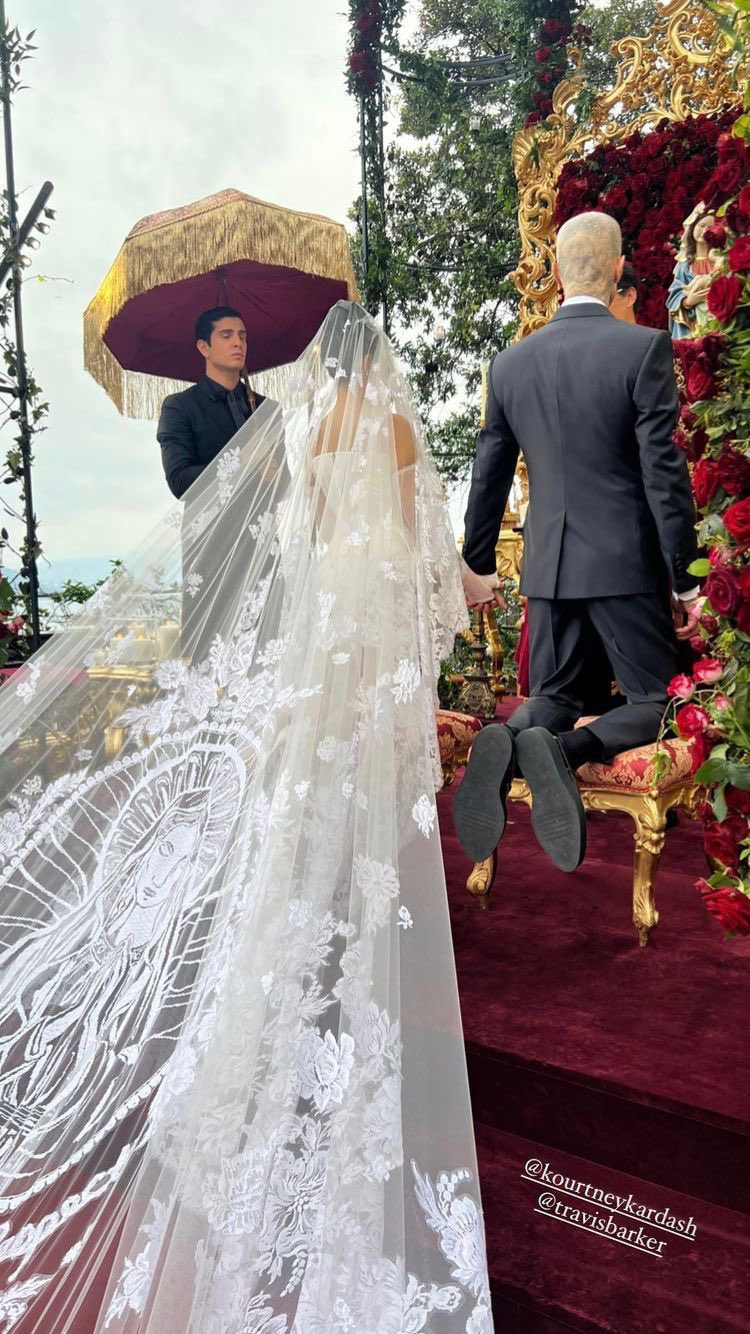 Travis’ daughter Alabama was the one to share the first snap of the couple.

The photo shows the bride and groom holding hands while kneeling on two red and gold thrones at the ceremony. 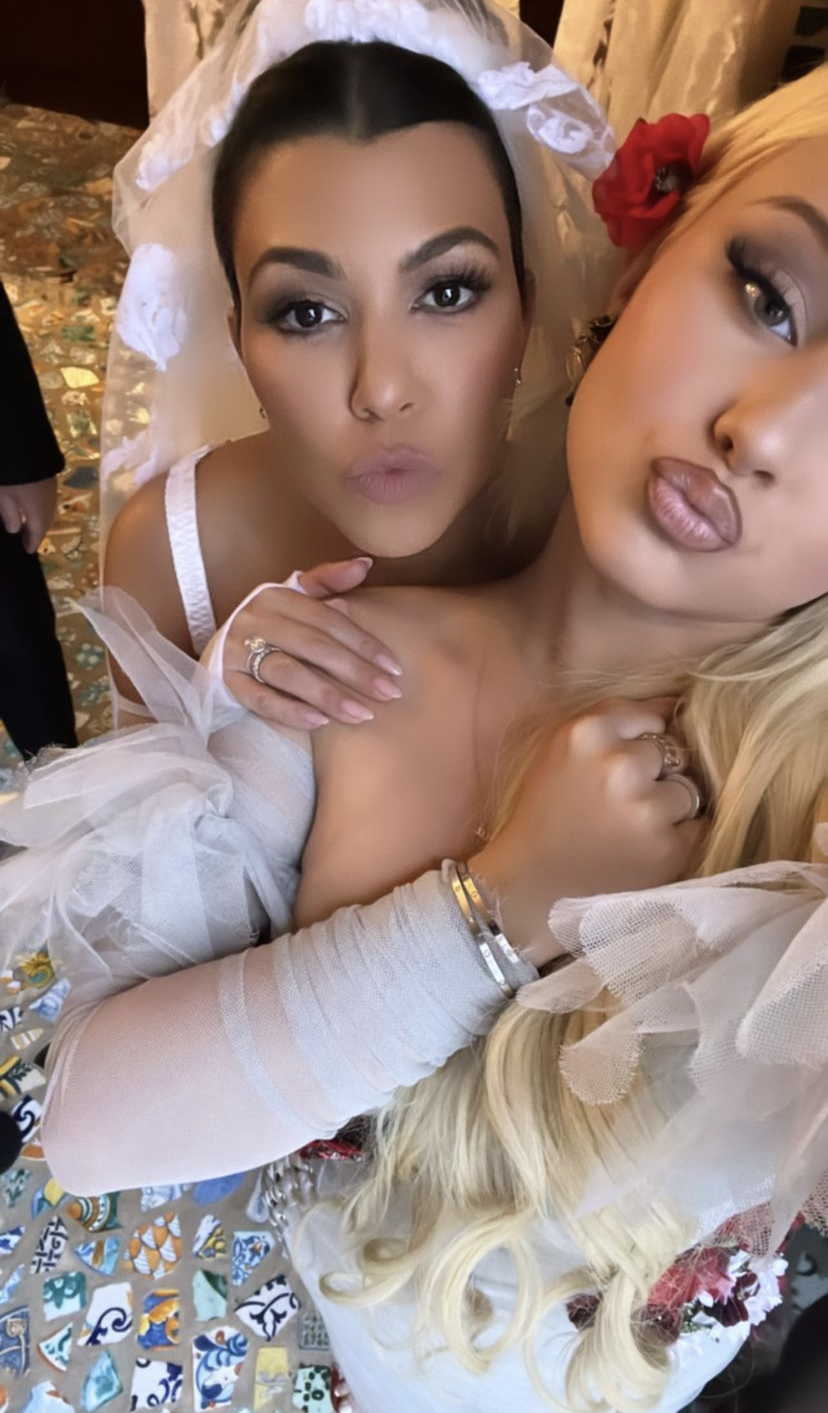 A host of famous faces have descended upon the Italian fishing village of Portofino to attend the wedding – including rumoured guest Beyoncé and Megan Fox.

Of course, the POOSH founder’s sisters Kim, Khloe, Kylie and Kendall are also in attendance, as well as Kourtney’s mother Kris Jenner, and her three children – Mason, 12, Penelope, 9, and Reign, 7.

Travis’ other two kids Landon, 18, and Atiana, 22, are also there, alongside his Blink-182 bandmates.