Who said romance was dead? Not RTE’s Dáithí Ó Sé or Maura Derrane – who came together to help one viewer create their perfect proposal.

Entering a competition on RTE’s Today Show to win an engagement ring worth €3,000, Derek Carey from Kildare enlisted the help of the daytime show as he surprised his girlfriend Sarah at the Dublin Writers Museum.

There wasn’t a dry eye in the house as show host Geri Maye read out Derek’s stunning letter about his now fiancée.

Writing when Sarah was giving birth to their son Oscar, Derek revealed she almost died but when she finally awoke, her only concern was for Derek and their newborn son.

“Let me start by telling you about my girlfriend Sarah. She’s 29, a teacher and mother of our six month old son Oscar.”

“Sarah had a condition known as HELLP syndrome during childbirth which almost resulted in me losing the love of my life,” he wrote.

Shocked: Sarah didn’t have a clue about the proposal | YOUTUBE

“She spent the first few days of Oscar’s life in High Dependency Unit. Upon waking, her first concern was my well being.”

“In the six months since, she has achieved a huge amount while recovering and being the best mother Oscar could ever ask for, including dancing in a professional show.”

Struggling to finish reading the letter, Geri Maye continued: ‘Sarah is the strongest, most loving, amazing person I have ever met. I understand the volume of emails you must get on this but please take me into consideration.’

Couldn’t believe it: Sarah was shocked by proposal | YOUTUBE

Catch the happy couple on Friday’s Today Show at 4.30pm on RTE One. 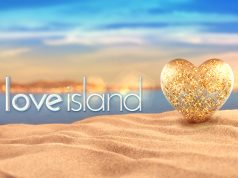 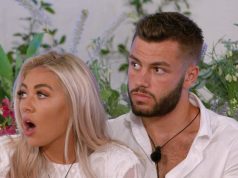