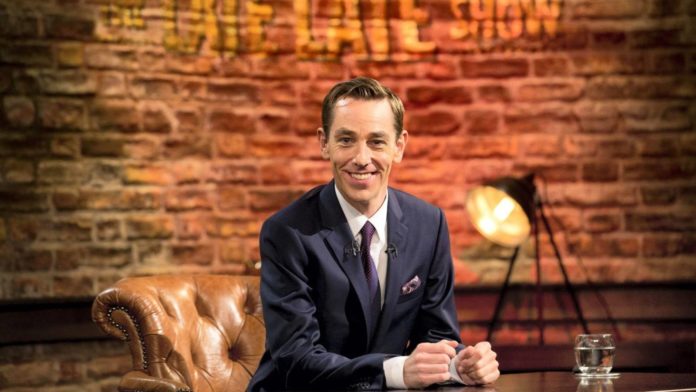 This week’s Late Late Show line up has been revealed and its an all Irish guest list.

With just a week to go before the infamous Late Late Toy Show, no doubt Ryan will be building  the anticipation for show’s biggest TV event of the year throughout the night.

Helping to countdown the days until the toy show, Gift Grub star Mario Rosenstock will join Ryan, and show off many of his hilarious characters and stellar celebrity impressions.

Donegal singer and country music legend Daniel O’Donnell will also be in studio to perform and catch up with Ryan about life on the road with Majella and what his plans for 2018 are.

Ryan will chat to Monaghan native Kathy McKeon about becoming Jackie Kennedy’s personal assistant at just 19-years-old, following her emigration from Monaghan to the US.

Irish mentalist, hypnotist and magician Keith Barry will drop by the studio to play tricks with the audience and mess with their heads.

Viewers will also get to meet some of Ireland’s youngest carers and hear about the incredible work they do.

There will also be music on the night from Irish soul act, U.M.A.N.

The Column: My New Life Resolution That I Plan On Sticking To

The Column: 7 Things I’ve Learned Through 7 Years In Business