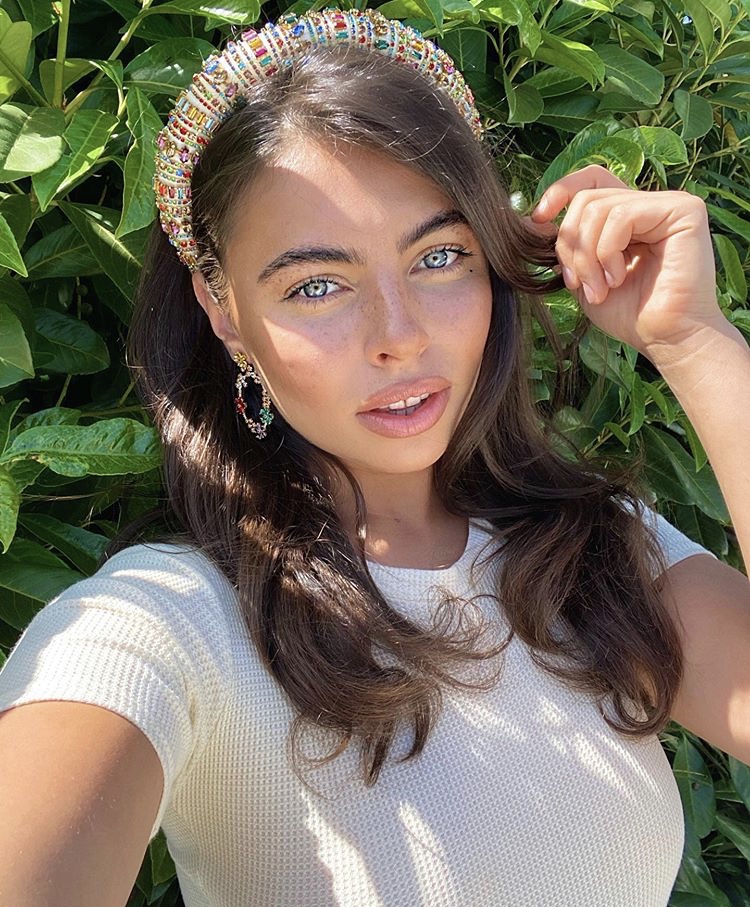 Francesca Allen has responded to the rumours that she is dating Piers Morgan’s son Spencer, after the pair were spotted walking arm-in-arm on a trip to St Tropez.

The Love Island star addressed the speculation in an Instagram Q&A on Tuesday, after a fan asked about her love life.

“How’s the love life?” a follower asked, “Seen loads of stuff about Piers Morgan’s son and yourself.”

“Well don’t we look stunning walking together,” Francesca responded along with a pap photo of the pair. 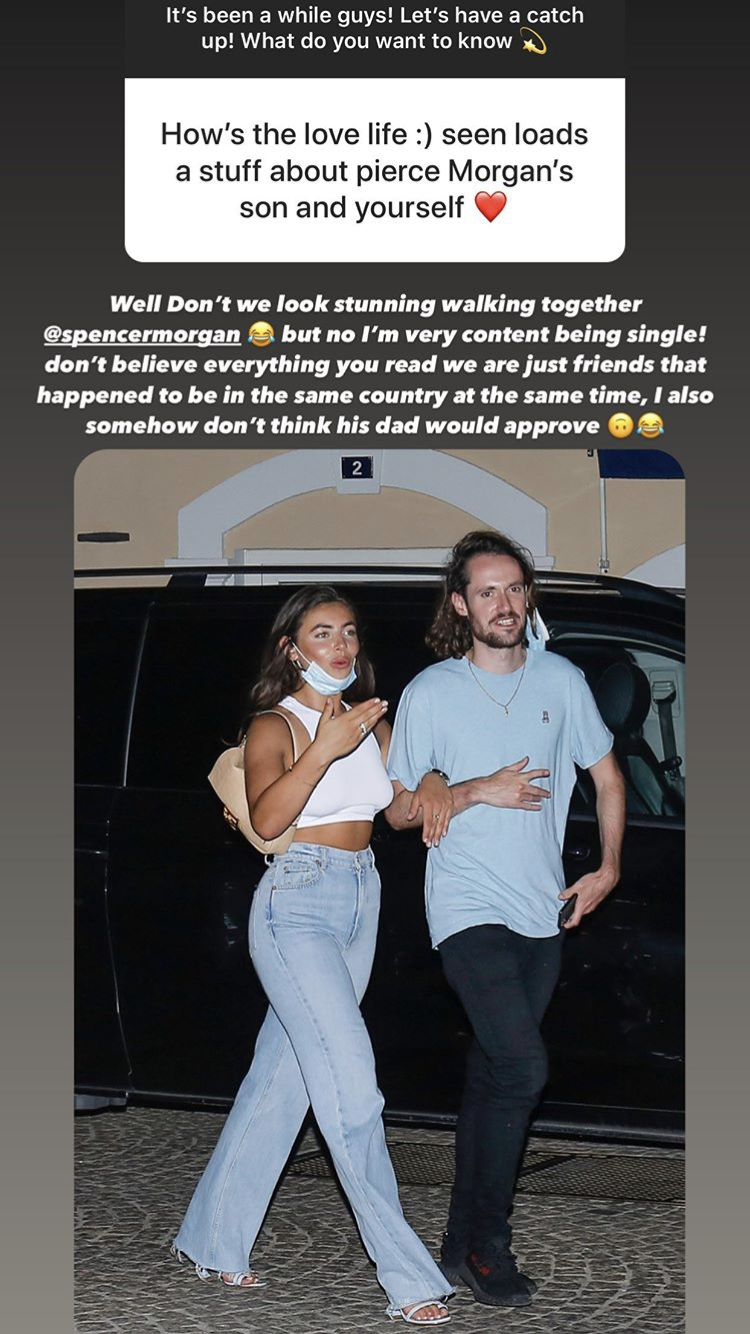 “But no,” she answered, “I’m very content being single!”

“Don’t believe everything you read, we are just friends that happened to be in the same country at the same time.”

She added: “I also somehow don’t think his dad would approve.”

The 27-year-old previously opened up about her time in the Love Island villa, admitting she felt like “a bit of an outsider”.

“I struggled quite a lot when I first went in there, I didn’t have the warmest of welcomes,” she told The Daily Mail.

When asked if she felt like and outsider, Francesca revealed: “I did a little, it was a shame it took them a little while to warm to me.”

“I’m not a horrible person – I would always make everyone and anyone feel welcome.”

“I am too laid back as a person, I should have voiced it to the girls that I’m feeling left out and things like that… when I didn’t – I sort of stayed quiet. I had Joanna and Belle, they are lovely.”