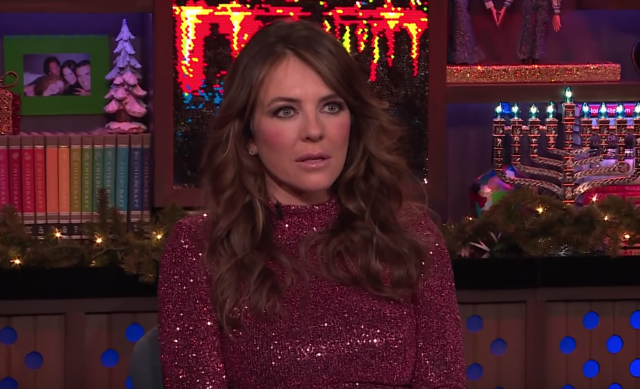 Liz Hurley has claimed she and Queen Elizabeth share the same stalker.

The 54-year-old appeared on Watch What Happens Live! with host Andy Cohen and Stephen Dorff when a viewer asked about her weirdest fan interaction.

Liz revealed: “Well, in the office in London, we have a file called ‘nutters’. Every time particular people send mail, they have to go into the nutter file.”

“There’s one nutter – I don’t know if I’m allowed to say this – he only stalks two people. I’m one of them, and the other is the Queen of England.”

“So as it happens, every time he changes location, we get told by Scotland Yard.”

“I probably shouldn’t be saying any of this on TV, should I? I take it all back!” she joked.