Liam Payne has hit back at fans, for constantly asking about a potential One Direction reunion.

The 25-year-old fired back, after a fan tweeted a screenshot of two news headlines.

The fan cheekily wrote, “Can Liam Payne make up his damn mind.”

can liam payne make up his damn mind pic.twitter.com/aYtuy73imo

Much to their surprise, Liam directly responded by tweeting, “Can people stop passing blame to me about this?”

“But still, this band has three other members – you want the answer, ask them,” he added. 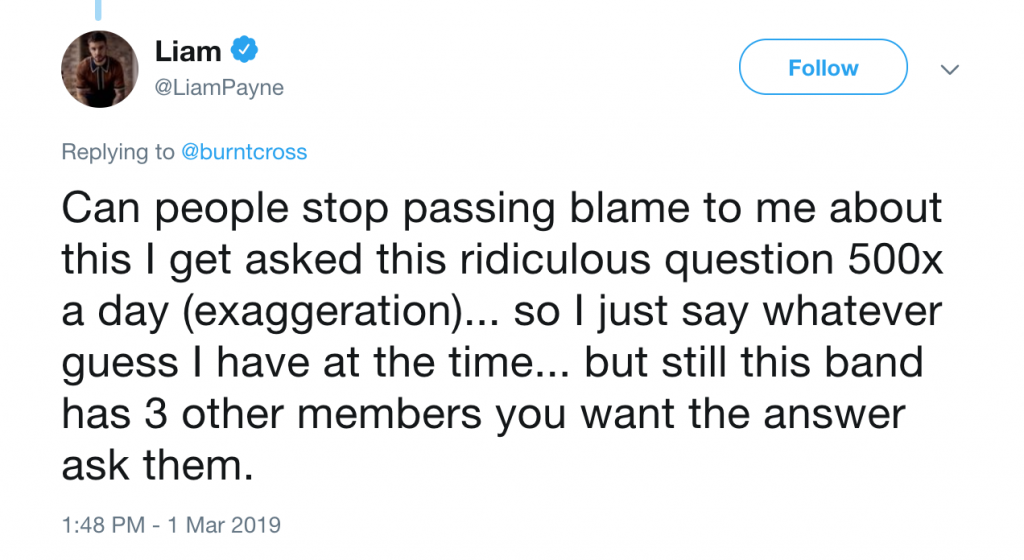 Fans have been holding out for a reunion since 1D went on an extended “hiatus” in 2015.

The news comes after the Jonas Brothers confirmed their comeback this week, six years after their split.