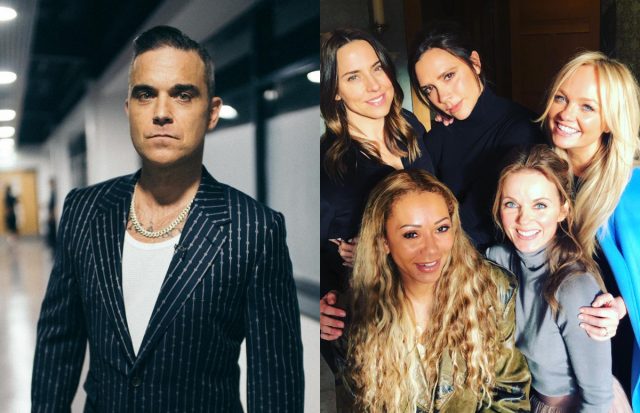 Emma Bunton has revealed that Robbie Williams apologised to her, after he joked about sleeping with four members of the Spice Girls.

Speaking on a previous episode of The Dan Wooton Interview podcast, the Angels singer claimed, “I’m very fortunate I’m one of the only people in the world that can say they’ve been in Take That and four out of five of the Spice Girls.”

After Robbie’s joke about the Spice Girls hit headlines, Emma said he emailed her to apologise, and explained, “Sometimes I think I’m being funny.”

Baby Spice firmly replied, “You are funny and we adore you but stop saying it now. We ­forgive you if you don’t ever say it again.”

Despite Robbie’s “very naughty” claim, Emma is teaming up with singer to record a new version of the Spice Girls’ hit song ‘2 Become 1’ for her brand new solo album My Happy Place.

Speaking about their upcoming collaboration, Emma said, “He was brilliant, and said yes straight away. Can’t wait. He kept emailing saying, ‘Is there anything else you need me to do?’ Very ­professional as always.”