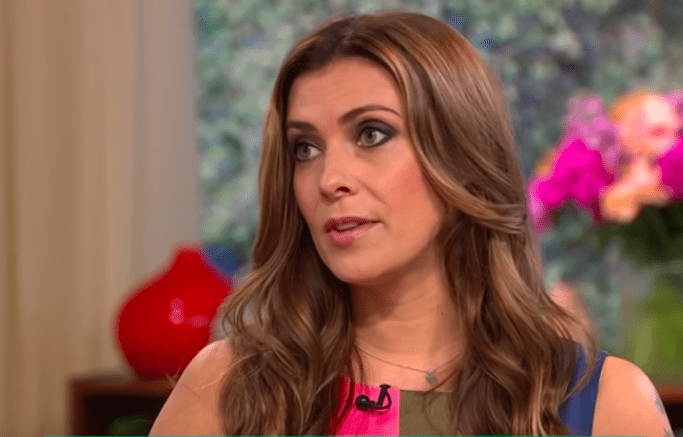 Kym Marsh has revealed details of her terrifying stalker ordeal.

The Coronation Street actress was showing support for Christine Lambert, who recently watched her stalker plead guilty in court.

The mother-of-three revealed that her stalker had been sentenced, and he is not allowed to contact the star again.

Recalling the incident, Kym said, “That was quite scary and nasty.”

The actress also had a man send flowers to her home, after he believed that they had been talking.

“He was actually duped by someone else who was pretending to be me, so he thought he was talking to me,” she said.

According to the Daily Mail, presenter Christine Lambert, who is expecting her first child with Frank Lambert, was first contacted by her stalker through Twitter.

The man started sending the pregnant star nasty tweets, and on different occasions, he showed up at her home.

Christine admitted she was forced to hide in a bedroom with her housekeeper.