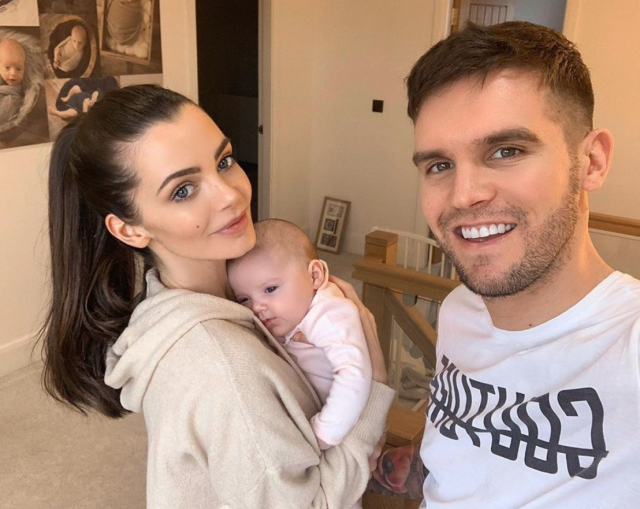 Gaz Beadle has ruled out having any more children with his fiancé Emma McVey.

The couple are already parents to son Chester, 2, and their four-month-old daughter Primrose.

Speaking to The Sun, the 31-year-old said: “Two is hard enough. I think if you asked us before we may have said three but that was before we realised how hard it is.”

“If we had two boys or two girls then maybe it would be different but we have one of each which is perfect. They are a nice age gap so I think we have both agreed we are done.”

Gaz confessed the couple have been through “hell” at times, as Primrose has been in and out of hospital since birth due to stomach issues.

“It has been hell at times, we barely spend any quality time together but it has made us stronger,” he admitted.

“I have so much love, respect and admiration for Emma. There’s been times I’ve looked over to her in the hospital and just been amazed by how she has cope. If anything it has made me love her more.”

Gaz was famous for being a ladies man during his time on MTV’s Geordie Shore, and once boasted about having sex with over 1000 women – but his life has changed drastically since then.

He said: “My life couldn’t be more different. My DM’s have changed dramatically I can tell you that. It’s gone from mum’s wanting to shag me to mums and dads talking about colic, acid reflux, nappies, and bath toys.”

“I had ten-years of partying and doing whatever I wanted. I was so used to life being all about me then I had a baby and quickly realised life wasn’t about me anymore.”

“It was hard at first to adjust if I’m being honest. I was 30-years-old and still going to student nights. Then I had a kid and my whole life changed. He’s my little best mate. It’s the hardest but best thing to ever happen to me,” Gaz confessed.

Speaking about having no regrets, Gaz said: “It is just like going to uni the only difference is our mad days were all captured on camera.”

“Everything I did when I was young and crazy made me get to thirty and want to settle down and have a kid. I don’t regret anything. It worked perfectly. I got it out of my system.”