Ariana Grande has shared an emotional message ahead of the third anniversary of the Manchester Arena attack.

Three years after the devastating bombing, which claimed the lives of 22 people, Ariana took to Instagram to send love to her fans.

She wrote: “I want to take a moment to acknowledge and send my love to everyone that is feeling the sadness and and tremendous heaviness of the anniversary coming up this week.”

“Not a day goes by that this doesn’t affect you and all of us still.” 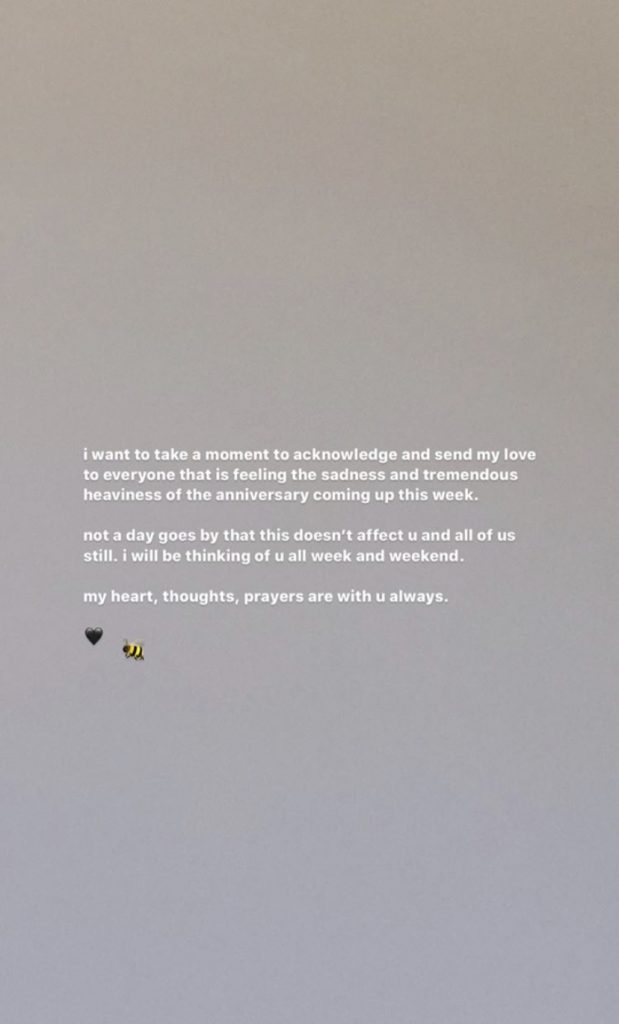 “I will be thinking of you all week and weekend. My heart, thoughts and prayers are with you always,” she added.

On May 22, 2017, a suicide bomber detonated a device after Ariana’s concert at the Manchester Arena – killing 22 people, and injuring over 100.

Just a few weeks later, Ariana returned to Manchester to host a benefit concert, to raise money for the victims and their families.

The One Love Manchester concert took place on June 4, 2017, and huge stars like Miley Cyrus, Justin Bieber, and Katy Perry performed at it.