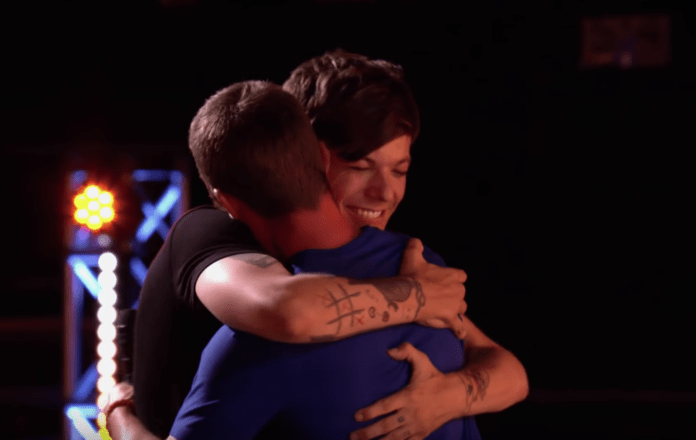 Over the weekend, the former 1D star finally made his debut as a new X Factor judge – and viewers have already fallen in love with him.

During last night’s episode, Louis became emotional when he was reunited with former contestant Anthony Russell, who was forced to pull out of the series in 2017 due to “personal issues”.

The 26-year-old went on to reveal that he helped Anthony by arranging for him to go to rehab last year, which has seriously changed his life.

In a bid to win over the judges, Anthony performed a rendition of Wake Me Up by Avicii, which impressed the judges, and left Louis holding back tears.

Struggling to speak, Louis said, “I’m pretty emotional after that. I literally can’t even talk here… it was a big moment for both of us and you absolutely delivered.”

Viewers were touched by Louis’ kind gesture, and took to Twitter to praise the singer.

Louis getting emotional after Anthony’s performance in tonight’s episode. We’re not crying you are !! #XFactor pic.twitter.com/XdgBUSWSF2

Now that’s one X Factor sob story that was worth watching!! Huge respect for @Louis_Tomlinson for going above and beyond. #Kudos #xfactor #LouisTomlinson

What a legend @Louis_Tomlinson is for doing what he did for Anthony, just shows with a little help you can overcome anything, never give up. #Xfactor

Easy to be a bit cynical watching reality TV but a genuinely lovely moment on #XFactor just now – what an impressive young man @Louis_Tomlinson is ????????#lad

Bless Louis. This isn’t just a story, Louis didn’t know he was going to be a judge this time last year. I’m so pleased this man is doing well. #XFactor

If all celebrities took a leaf out of Louis book, so many lives could be changed! So many don’t want to share the limelight with the public, many just want to empty everyone’s wallets and do no good! Well done Louis for changing a life! Well done Anthony for doing it! #XFactor

I’ve just fallen in love with Louis Tomlinson. What a wonderful human #XFactor

Too old to be a 1D fan so really no opinion on @Louis_Tomlinson until tonight where the nation found out he quietly went off & used the fortunate position he is in to help somebody who was at rock bottom and never used it to lever his fame away from 1D. #xfactor #LouisTomlinson