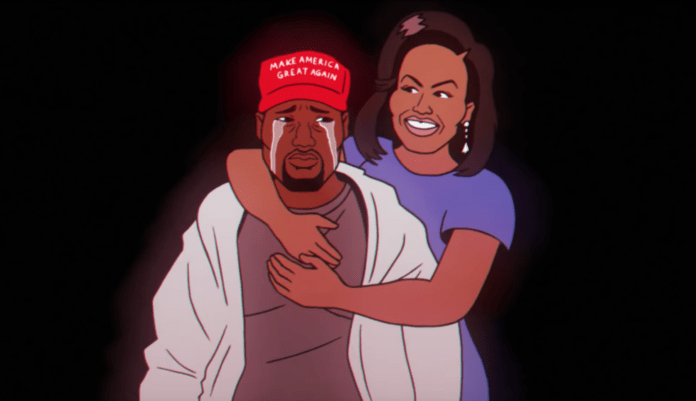 Following the success of his jaw-dropping This Is America video, Childish released a new music video for his song Feels Like Summer on Sunday.

The video features animated cameos from a host of celebrities, including those who have hit headlines in recent months.

In the video, an animated version of Donald walks around a neighbourhood while listening to music, and watching various celebs interact with each other.

In one scene, Kanye West appears wearing a “Make America Great Again” hat as tears stream down his face. The rapper is then comforted by former first lady Michelle Obama.

Of course, Childish is referencing Kanye’s public support of US President Donald Trump, which has caused serious controversy in recent months.

After Travis’ new album Astroworld trumped Nicki’s new album Queen in the charts, Nicki vented her frustration on Twitter – and insinuated that Travis’ popularity is thanks to his girlfriend Kylie Jenner and their daughter Stormi. 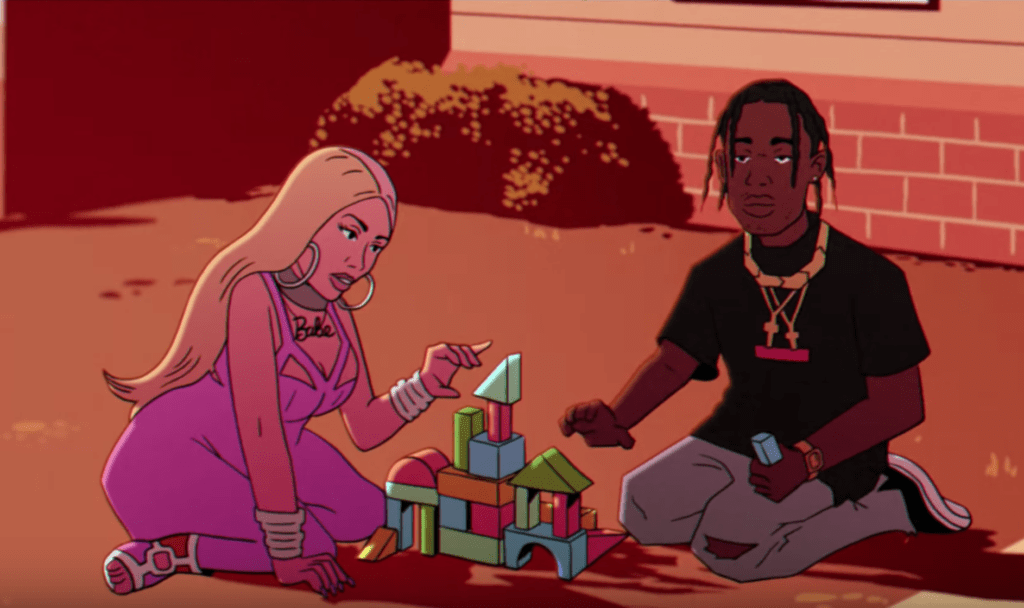 In the video, an animated Nicki and Travis sit next to each other in a playground while Nicki builds a tower of blocks.

Then, Travis suddenly pulls out a block and it all comes tumbling down, much to Nicki’s frustration.

The video also references Pusha T’s beef with Drake, and features many other celebrity cameos. Check out the full list below: