In a teaser clip for next week’s episode, Addison is seen arriving at Grey Sloan Memorial Hospital and taking charge of a group of interns.

Kate made her debut on Grey’s Anatomy in the Season 1 finale, which aired back in 2005, as Derek Shepherd’s wife. 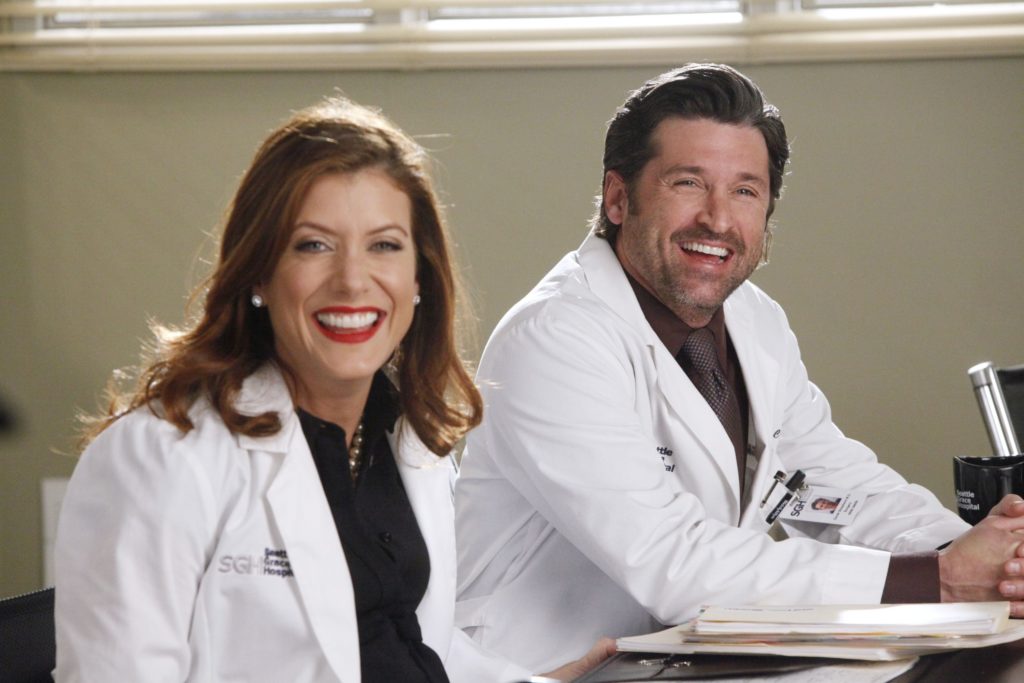 The actress appeared on the show for two more seasons, before she left in 2007 to star in spinoff series Private Practice, which ran until 2013.

When Addison first arrived to the hospital in the first season, she delivered an iconic line to Meredith Grey, who was seeing Dr. Derek Shepherd at the time.

She said: “Hi, I’m Addison Shepherd and you must be the woman who’s been screwing my husband.”

Kate pays tribute to her character’s iconic entrance in her return next week.

Addison struts into the hospital announcing: “Hi, I’m Dr Addison Montgomery and you must be the group that’s been screwing up this program.”

The actress announced last month that she was returning to the medical drama, 14 years after she left the show.

Speaking at the time, she said: “I’m so excited to be home again joining Shonda [Rhimes], Ellen [Pompeo] and the rest of the incredible cast.”

“This season — eighteen! — just wait until you see what she has in store for you,” she said.