Summer is officially upon us, which means Love Island will finally be back on our screens after what seems like forever.

Whether we’re watching sparks fly between two singletons, or tuning in for the drama caused by Casa Amor, we can’t wait to meet this year’s contestants.

There’s going to be a lot of changes to the show when it returns in June, so we’ve compiled a list of everything we know so far about this year’s series.

That’s right, Love Island will be filmed from a brand new location in Majorca this year.

The popular dating show has been filmed from a luxury villa in Sant Llorenc des Cardassar since 2017, but producers want to change things up for the 2022 series.

Earlier this year, ITV boss Kevin Lygo told PA Media: “We are choosing a new house for this summer so that is all secrecy. It is going to be marvellous.”

The new villa is a stunning six bedroom property, located at the foot of a large hill in rural Majorca, surrounded by greenery.

In photos published by The Sun, builders can be seen working on the villa ahead of the season premiere next month.

First look at the NEW Love Island villa in Majorca as work starts ahead of show https://t.co/s9DEGCKFHb

This year’s Love Island is set to be the longest ever series, as contestants have been told they must be available to film for 10 consecutive weeks.

Love Island usually runs for eight weeks every summer, but ITV has decided to extend the series by two weeks.

On the application form, the eligibility requirements state: “You must be exclusively available to participate in the programme for a minimum of ten consecutive weeks.”

Applications for the 2022 series of Love Island opened in January, and candidates must be at least 18-years-old to take part in the show.

With this year’s Love Island set to be longest series ever, the show is kicking off much earlier than usual.

According to The Sun, the 2022 series will kick off on Monday, June 6.

An insider said: “Love Island is coming back with a bang and it will begin on the second full week in June. This series is going to be the longest ever and it’s from a brand new location so it’s all very exciting.”

“The schedules are being put together now and fans can expect a long, hot summer of fun from the villa from June 6.”

“Filming for the promotional adverts is beginning in the next couple of weeks and the ads will start in May.”

Love Island is always subject to line-up leaks, and a few singletons have already been linked to this year’s series.

One rumoured contestant is Brad McDermott, who is the brother of Love Island 2018 star Zara McDermott.

A source recently told The Sun: “Brad is a young, good looking guy, and he has seen how appearing on Love Island has completely transformed Zara’s life.”

“Though she didn’t find long-term love, it has served as a great platform for her. She also had a great time there, and he thinks it would be a great laugh.” 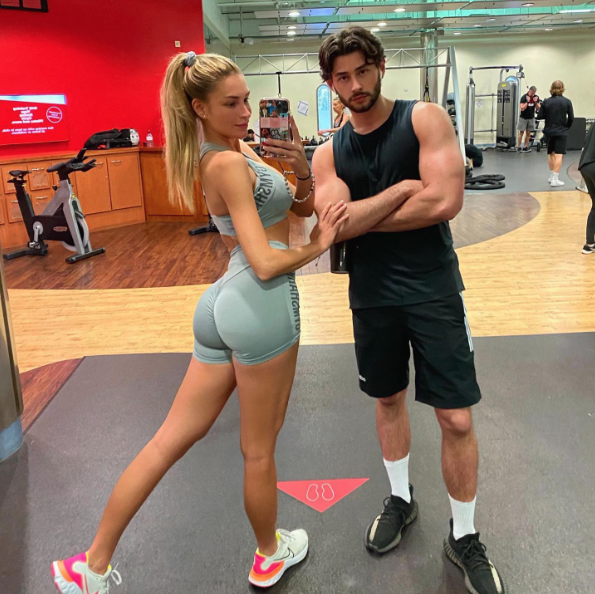 According to reports, ITV2 bosses have also approached 22-year-old beautician Sophie Draper to appear on the upcoming season of the hit dating show.

Sophie, who boasts nearly 20k followers on Instagram, was famously in a relationship with Aston Villa right-back Matty Cash for four years, before their shock split last year.

An insider said: “She has her own beauty salon and already leads a jet-set lifestyle, which she likes showing off on Instagram, so she wouldn’t be fazed by being on TV.”

“Love Island bosses think she could be a good fit for the show, it’s early days still but she definitely has potential.” 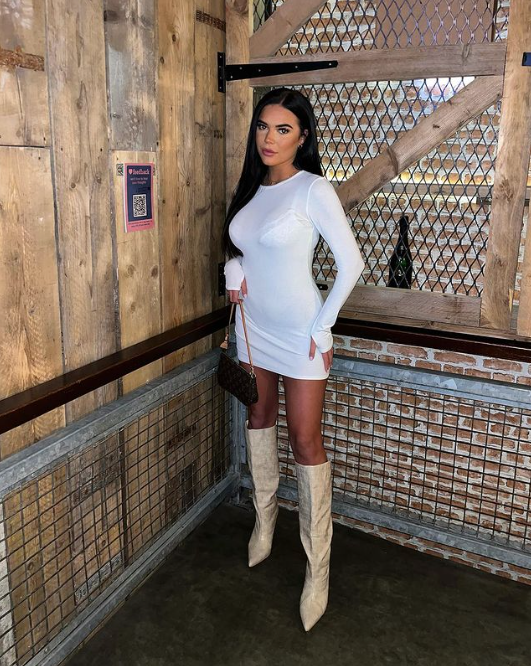 “Matty will be pretty shocked to see her looking for love on TV, but he publicly moved on pretty quickly.”

After splitting with Sophie last year, Matty had a brief fling with former Love Island star Kady McDermott, going public with their relationship when they attended Wimbledon together in July 2021.

Their romance was short lived however, as they ended things in November of the same year.

Turkish actress Ekin-Su Cülcüloğlu is also set to appear on this year’s series. 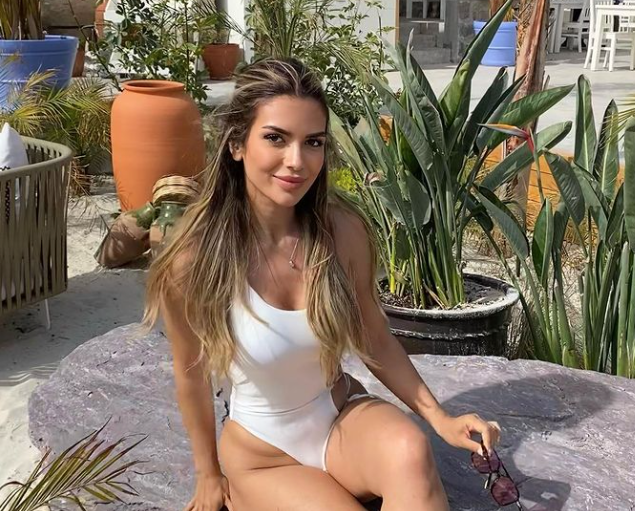 A source recently told The Sun: “Ekin-Su is the perfect contestant to get viewers tuning in this summer.”

“Not only is she beautiful, she’s also used to being on TV and moves in showbiz circles so she’s sure to bring fireworks.

“She’ll have no shortage of guys after her in the villa, that’s for sure,” the insider added.

Check out the full list of rumoured contestants so far here.

Love Island bosses have announced a huge change regarding this year’s contestants and their clothing.

This year’s Islanders will be wearing second-hand clothes, as eBay has become the show’s new fashion partner.

Contestants on this year’s series will follow a strict “eat, sleep, re-wear, repeat” mentality, as they do their bit to extend the life cycle of clothes.

The new deal is quite a change for the show, which has typically partnered with fast fashion brands in the past.

Executive producer of Love Island, Mike Spencer, said: “We are thrilled to be pairing up with eBay this year as our pre-loved fashion partner.”

“As a show we strive to be a more eco-friendly production with more focus on ways in which we can visibly show this on screen.”

“This partnership will see our Islanders get to dive into the shared wardrobes and help themselves to some incredible pre-loved clothes sourced from eBay.”

“We aim to inspire our demographic and show that there are incredible finds to be had and how sharing is, in some small way, caring.”

The collaboration comes after searches for “pre loved clothes” skyrocketed in the past 12 months, with Gen-Z hopping on the second hand clothes band wagon.

“The impact of Love Island and its stars across the UK is undeniable and together we want to inspire the nation to choose pre-loved first when shopping – even if this means buying or selling one or two pre-loved items to start with, it’s a step in the right direction.”

“We can’t wait to change the conversation and dress the Islanders in pre-loved outfits for the very first time.”

eBay has also appointed celebrity stylist Amy Bannerman, who has worked with the likes of Dua Lipa, to pick the clothes for this year’s contestants.

Laura Whitmore will return as host of Love Island this year, after signing a rumoured £500,000 deal with ITV.

Back in October, the TV presenter slammed rumours she was set to be replaced on the show by Maura Higgins or Maya Jama.

Taking to her Instagram Story, Laura shared an article by the MailOnline that made reference to the replacement rumours, and set the record straight.

The Bray native wrote: “Getting pictured outside BBC studios comes with the territory (it’s outside my house I have issue, this is work so I get it). But bloody hell @dailymail EVERY week turning it into the SAME story about someone taking over my job is rude.”

“I’m good at what I do and my bank and diary tells me I’m still doing the job so stop undermining women and making a non story. It’s tiring.”

Following reports Maya or Maura were set to take over from Laura, an ITV spokesperson also told The Sun: “Laura has done a fantastic job at the helm of the show this year and no discussions have yet taken place with regard to the next series.”

The Bray native began hosting Love Island in 2020, when she stepped in to present the winter edition of the show.

She returned as host for the 2021 series of the show, but visited the villa less frequently due to strict COVID restrictions.

Laura’s husband Iain Stirling also works on the show as the narrator.

The reality show came under fire that year, after former contestants Sophie Gradon and Mike Thalassitis sadly took their own lives.

The newly improved welfare plans, which can be read in full here, detail the support participants will receive before, during and after filming.

This year, producers have also introduced a new screening process for contestants – which will force them to hand over their social media passwords.

Potential Islanders will have their accounts trawled by a search company, which will flag up hate speech, violent images, toxic language and adult images.

Last year, bombshell contestant Danny Biddy came under fire after fans came across an Instagram comment where he used a racial slur.

As viewers demanded he was removed from the villa, Danny released an apology which read: “I’d like to take the time to apologise to anyone that may have taken offence to my inappropriate remark.”

”I never meant anything malicious by this comment at all. I am not a racist person and it’s unacceptable language and ignorant.”

”I meant no offence and feel like I have really learnt from my mistakes and will never use that word again. I am a kind loving person and hopefully you get to see that in the show.”

When he was dumped from the show, Danny released a second apology via his Instagram account, which read: “Hello everyone, I am finally home safe and sound and back with my friends and family and more importantly my cat ruffin.”

“Whilst I would have liked to have stayed in a little longer so people could have got to know the real Danny Bibby, I am glad to be back so I can address the matter of the post on Instagram properly.”

Danny continued: “Whilst I was made aware of this and issued an apology whilst in the villa, the matter has always been on the front of my mind during the days in there and I would like to now add to what was said.”

“After seeing all the comments and reaction to the post, I understand more that the use of the word, even in the way it was written and intended, is deeply offensive to people and I am truly sorry for using that word.”

“I was always aware that written in the other way was a vile term, and I would never use it. But I was unaware that the way I used it was not.”

“I have listened too the likes of 50cent, drake and Eminem since I was a kid, and I used it like they do as a term of friends/bro/brother.”

He added: “I now know the term is unacceptable in any context, and will NEVER use it again. Education is key to solving problems, and I have learned a very valuable lesson.”

“I hope others will too. I whole heartedly apologise to anyone who I have offended and ask your forgiveness.”