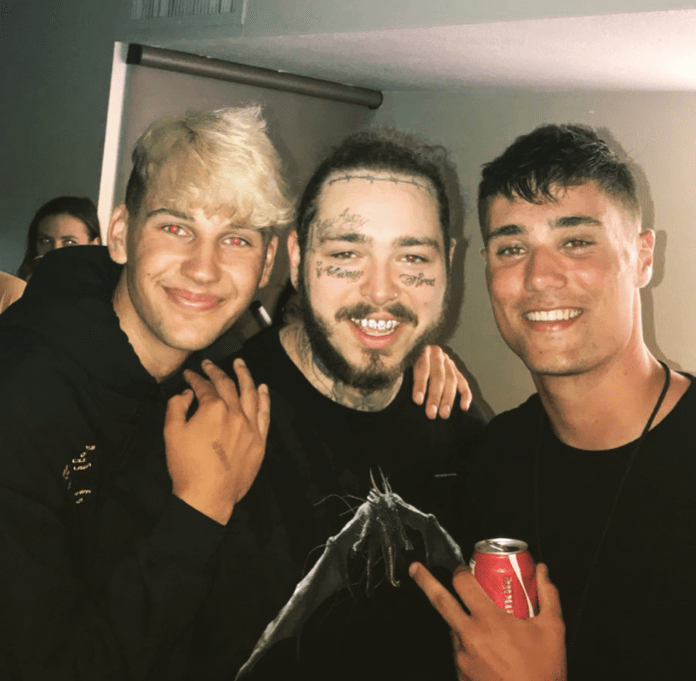 An Irish J1 student got Post Malone to sing The Auld Triangle, after he ended up at an afterparty with the rapper.

Darragh O’Rourke, who is currently on a J1 in San Diego, managed to blag his way into a Post Malone concert last week, despite not having a ticket for the gig.

Speaking to Beat FM, Darragh revealed that he ended up watching the gig from the VIP area after finding a production wristband, and after the gig he and his friend were invited back to an afterparty.

At the afterparty, Post’s manager introduced them to the rapper as Irish, and then out of nowhere, Post burst into The Auld Triangle.

Showed up to a @postmalone concert last night without a ticket…ended up in his dressing room singing The Auld Triangle with the man himself ????????‍♂️????????‍♂️

Darragh shared a clip of the epic moment on Instagram.

He captioned the post, “Showed up to a @postmalone concert last night without a ticket…ended up in his dressing room singing The Auld Triangle with the man himself.”

Perhaps we’ll hear Post Malone’s rendition of The Auld Triangle for ourselves next month, as the rapper will headline Longitude this year.