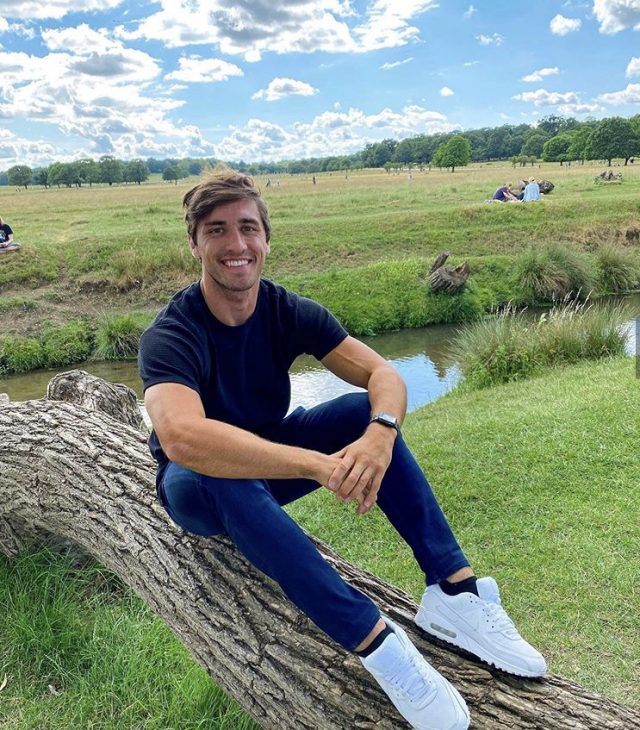 Greg O’Shea has admitted his last date “left him on read”, in what he described as both an “embarrassing” and “humbling” experience.

The Love Island winner split from Amber Gill just weeks after they won the ITV2 series last year, and the rugby player is still looking for love.

On Monday night, Greg shared an Instagram post with the caption: “When you send that risky text and she doesn’t leave you on read.”

In the comment section, Greg’s followers doubted that he’s ever struggled with getting replies.

Responding to the comments, Greg reminded his fans to “know your own worth” – admitting he had been ghosted following his most recent date.

“Lads I’ll tell you an embarrassing truth,” he wrote, “The last person I went on a date with left me on read the first time I messaged her and I had to do the shameful second message. Very humbling.”

“Also note, no person is ever worth a shameful third message. You gotta recognise you own value at some stage,” he added, “Keep well men.” 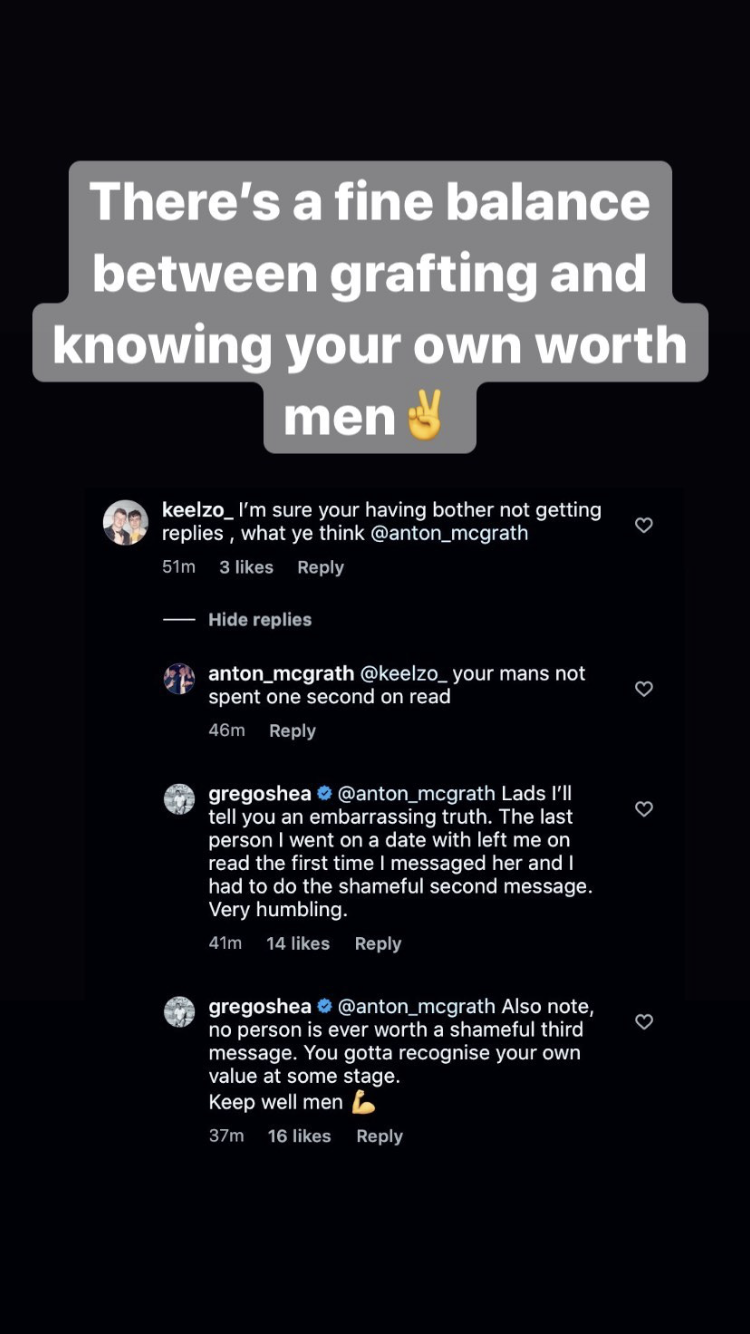 The 25-year-old shared the exchange on his Instagram story, adding: “There’s a fine balance between grafting and knowing your own worth men.”

The news comes just weeks after Greg sparked rumours that he’s no longer single, as he hinted that he was en route to visit someone special.

Posing with a suitcase and a kettlebell, he teased fans that he had a new love interest by captioning the post: “OMW Bae😚.”