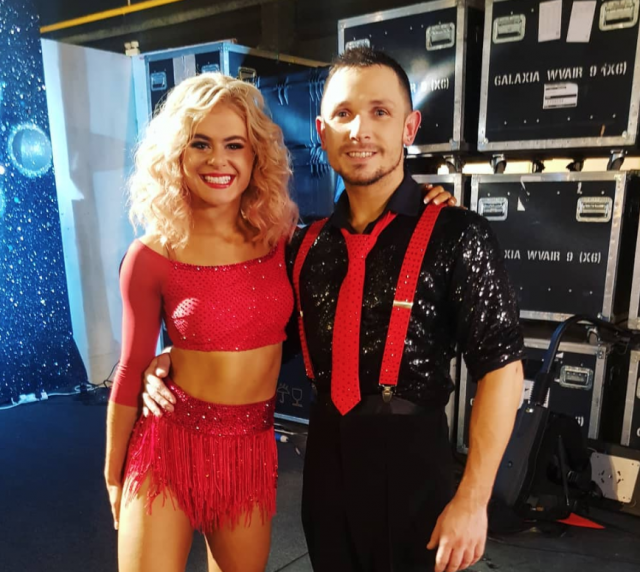 Johnny Ward has admitted that he feels “guilty” for not pulling out of Dancing With The Stars before his father passed away.

The 31-year-old’s dad sadly lost his battle with cancer during his time on DWTS.

Looking back, the former Love/Hate star has revealed that he regrets not spending more time with his family – but his father urged him to stay on the show.

Speaking on the Eoghan McDermott Show on RTE 2FM, Johnny said: “Emily was there with me and she said, ‘Thank you for your time, you’ve been really professional, you’ve left it all on the dancefloor. Now it’s time to resign and you need to be there for your family.'”

“I couldn’t agree with her more and my mum was very much in favour of that as well.”

However, Johnny said, “My father had such an argument with us, he swore at me and he said under no circumstances am I to give up the show.”

“It’s so difficult to get up in the morning and see my mother crying and there’s me doing this selfish thing of learning a dance for a competition.”

“Yeah, it meant so much to me but something like that, there’s a death in the family, it’s not important. It really isn’t,” he said.

“He gave me this very difficult, impossible, uphill task to separate my family and to separate from my mum and sisters when they needed me most. I feel guilty. It just became a blur and it wasn’t an enjoyable experience anymore.”

“There are positives, you realise how many people are there for you, but you just don’t want to be there,” he added.