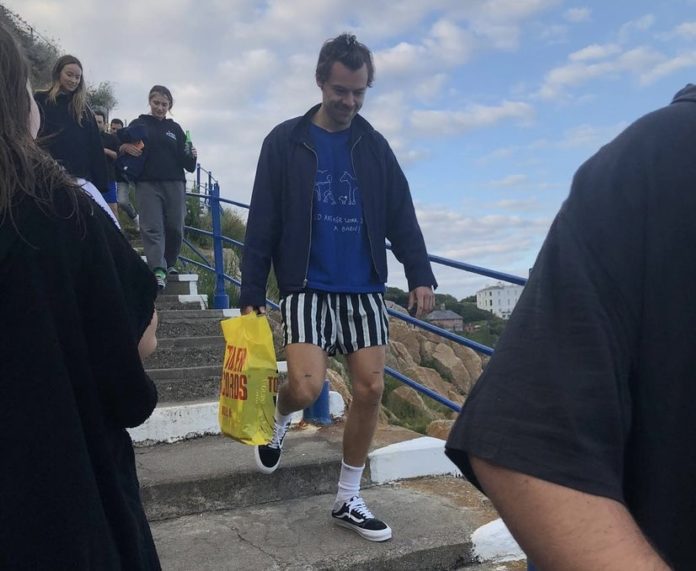 Harry Styles has been enjoying some time off in Ireland, following his sold-out gig at Dublin’s Aviva Stadium on Wednesday.

Days after his concert, the singer was spotted playing a round of golf at the Royal Portrush Golf Club in Co. Antrim on Friday.

Some lucky fans spotted the former One Direction star, who was wearing a green argyle pattern cardigan, and shared photos and videos of him at the golf club online.

The 28-year-old chose to spend a few days off in Ireland, before his next Love On Tour gig in Hamburg, Germany on Sunday.

The Mullingar native, who attended Harry’s gig at Wembley last week, has frequented the Royal Portrush Golf Club many times, and attended the Irish Open there back in 2019.

Since he touched down in Ireland, Harry has been spotted out and about on numerous occasions.

On Monday, the As It Was singer was seen strolling down South William Street in Dublin with his actress girlfriend Olivia Wilde.

The couple tried to keep a low profile, and unfortunately had to tell some fans to stop following them.

The next day, the star went for a sea swim with Olivia and Bono’s daughter Eve Hewson at the Vico Baths in Dalkey.

The Hewson family live in the area, and on Wednesday they were all spotted at Harry’s gig in the Aviva.

During the sold-out gig, the former 1D star recalled the time he was head-butted at a party in Tallaght with Niall Horan back in 2010.

He told the crowd: “I’ve been to Tallaght once. Do you know what happened? I got headbutted! It was great! It was fantastic!”