Ruth Scott is set to tie the knot to long-term love Rob Morgan – in just six and a half months.

The 2FM star has been with her boyfriend for five years and announced their engagement in January 2016.

“I am getting married in six and a half months, but I left have it until the spring/summer collection came out to get my dress,” Ruth said.

Rushed: Ruth hasn’t picked out her wedding dress yet | VIPIRELAND.COM

Ruth admitted that she had planned all along to wait until the spring/summer wedding dresses came out – but she does have other important details organised.

“It was my plan all long, but I am very lazy and I am not really a dress person,” she told RSVP Magazine.

“The hotel is booked and the band is booked, I have a cohort of DJ’s who are willing to help out on the night, but we have one lined up just in case.

“We are getting married in Bunratty Castle Hotel and my friend David Shelley is a manager down there and he has made it all so easy.”

Organisation: The 2FM star does have her hotel and music booked for the big day | VIPIRELAND.COM

The presenter revealed that her fiancé Rob, who’s father is the late actor Dermot Morgan, has great experience to plan their wedding.

“Rob used to work in hotels and now he is an accountant, so he is the perfect storm for planning and spreadsheets and he has loads of knowledge about hotels.

“I am the laziest git ever and I will happily admit that. He is the one when we are sitting down on the couch in the evenings that says ‘There is an episode of Don’t tell the Bride on the telly, can we watch.’

“It is almost like gender reversal,” she added jokingly. 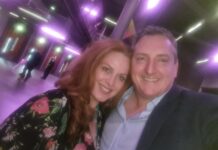 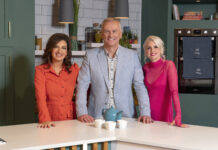 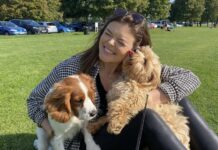