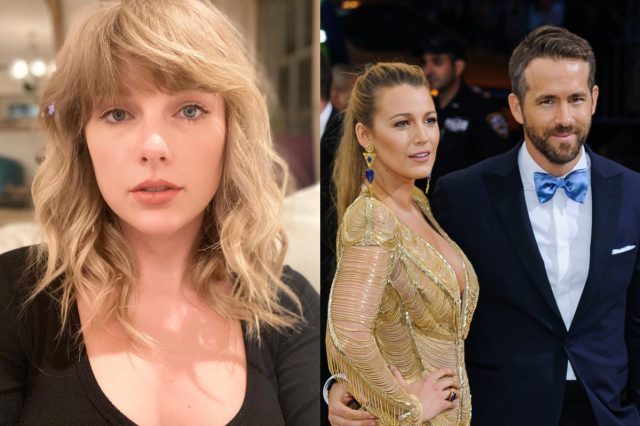 Taylor Swift has confirmed that Blake Lively and Ryan Reynolds let her reveal the name of their third child with her new song Betty, which appears on her Folklore album.

The singer opened up about the new song on Country Radio, and admitted the song’s title is inspired by the name of Blake and Ryan’s nine-month-old daughter.

The names of Blake and Ryan’s older children, James and Inez, also feature on the stunning new track.

Taylor said: “I named all the characters in this story after my friend’s kids, and I hope you like it!”

Blake and Ryan welcomed their third child last September, and until now the couple never made their daughter’s name public.

But after Taylor released her new album last month, fans began speculating about the inspiration behind Betty – after noticing that Taylor mentions the names ‘James’ and ‘Ines’ in the song.

“I need to know if Betty is @blakelively and @VancityReynolds 3rd child. It can’t be a coincidence that James and Inez are lyrics in the same song. I love Blake and I need to know @taylorswift13,” one fan tweeted.

I need to know if Betty is @blakelively and @VancityReynolds 3rd child.
It can't be a coincidence that
James and Inez are lyrics in the same song. I love Blake and I need to know @taylorswift13 #Betty #folklore

Am I the only one that realized that Taylor Swift’s song Betty has both of Blake Lively’s kids names in it? Is Blake’s third baby named Betty?! I am so invested in this new theory now

Opening up about the story behind the song, Taylor revealed: “This is a song that I wrote from the perspective of a 17-year-old boy.”

“And I’ve always loved that in music you can kind of slip into different identifies and you can sing from other people’s perspectives, and that’s what I did in this one.”

“He lost the love of his life, basically, and doesn’t understand how to get it back. I think we all have these situations in our lives where we learn to really, really give a heartfelt apology for the first time.”

She added: “Everyone makes mistakes, everybody really messes up sometimes.”