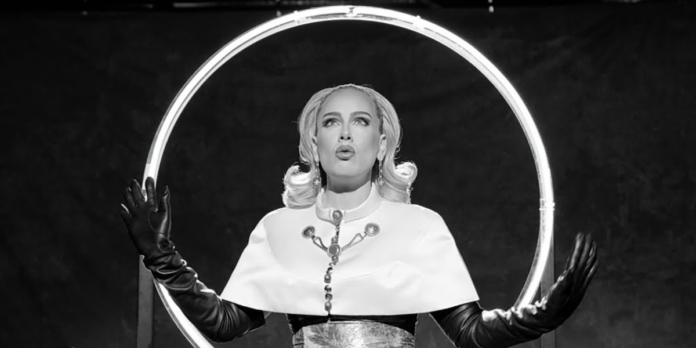 Adele has released the music video for her track ‘Oh My God’.

The song is the second single from her album 30, which was released in November last year.

The black-and-white, four-minute video for the track was directed by Sam Brown, who also directed the music video for Adele’s 2010 hit ‘Rolling in the Deep’. 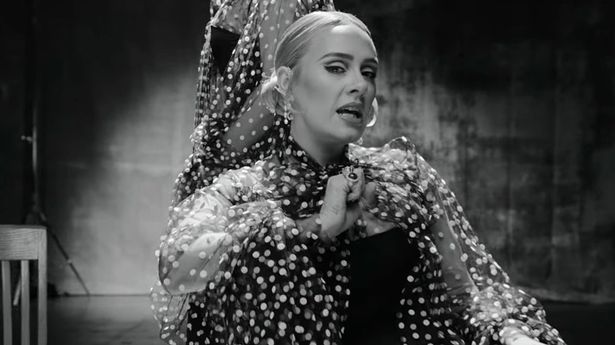 In the video, Adele is seen in a sparsely decorated room surrounded by wooden chairs, back-up dancers, and apples scattered across the floor.

The atmospheric video also features a huge python in one scene, and ends with Adele taking a bite from an apple and walking off camera.

The British singer wowed in a series of outfits by Harris Reed and Louis Vuitton, before donning a custom corset dress in scarlet red satin designed by Vivienne Westwood. 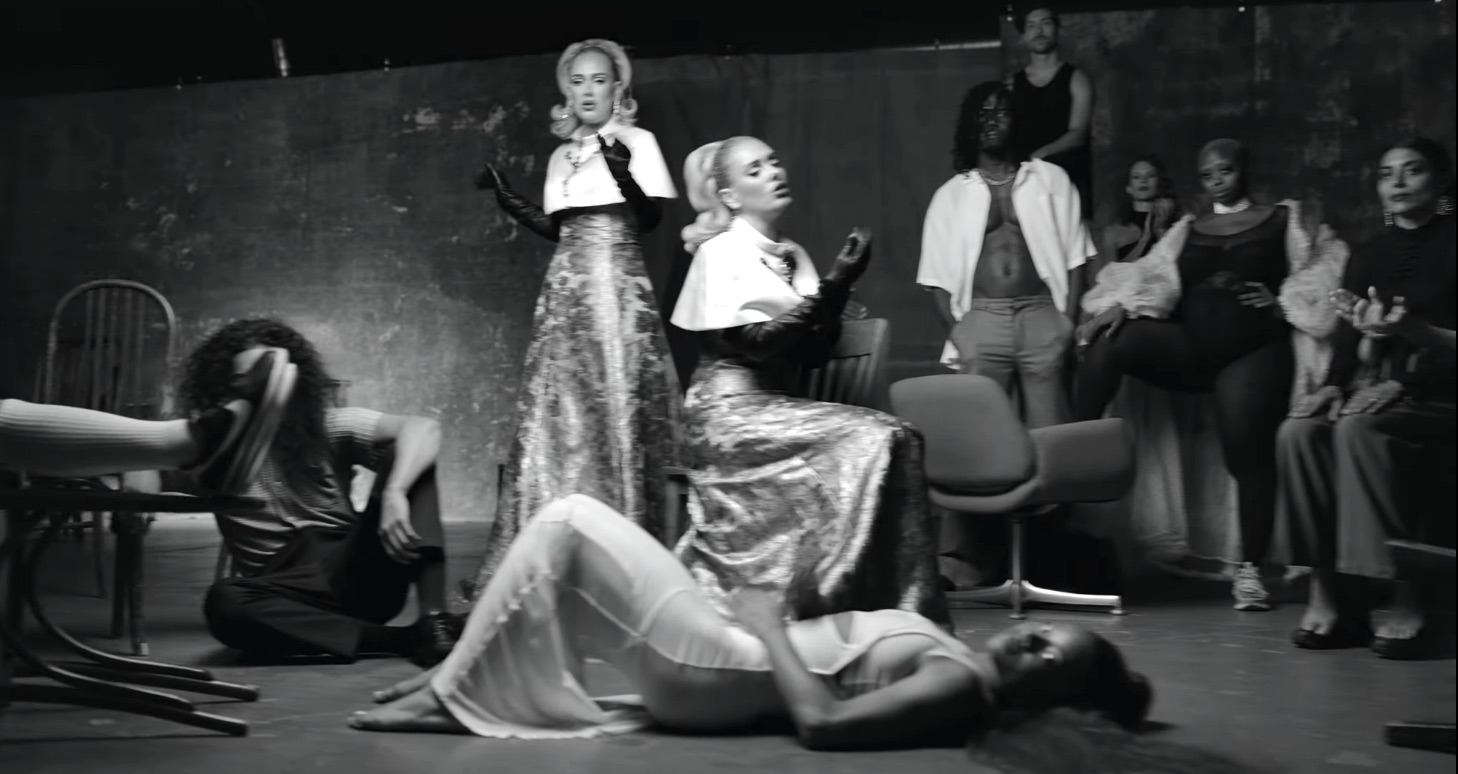 Taking to Instagram to celebrate the release of the music video, Adele wrote: “I got to work with Sam Brown again for ‘Oh My God’ who directed the ‘Rolling In The Deep’ video! So to collaborate together again a decade later was nostalgic to say the least.”

“We filmed this one on the day Easy On Me dropped, there were a million things going on all at once. But the attention to detail from the crew was borderline hilarious – thank you so much for your patience and pulling it all together it was a lot of fun.”

“Although right at the end a huge python was on set so I skidaddled my arse straight out of there! Big thank you to Harris Reed, Louis Vuitton and The Queens Haus – Vivienne Westwood for the most stunning clothes for me to sing my ‘I’m a hot mess’ song in!”

Reacting to the video, one fan tweeted: “still haven’t processed the #OhMyGod music video…I’m in awe.”

Another wrote: “ADELE IS A MODERN DAY ART. OBSESSED WITH #OhMyGod”

ADELE IS A MODERN DAY ART. OBSESSED WITH #OhMyGod pic.twitter.com/dQbrOQpTHv

Watch the ‘Oh My God’ music video below: