Everything we know about the sickening new Netflix documentary ‘Our Father’ 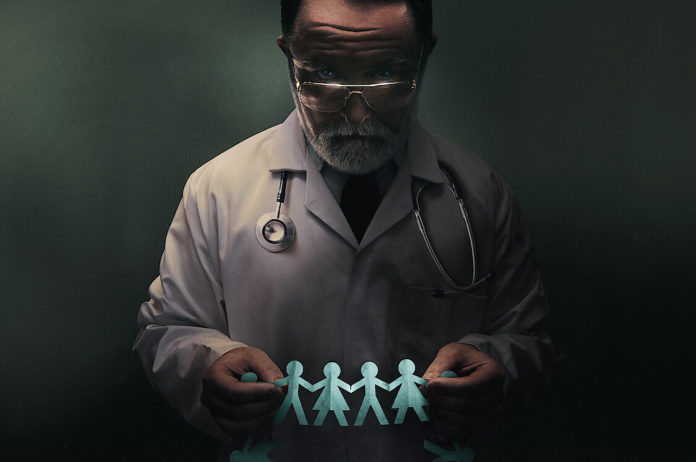 The sickening new documentary ‘Our Father’ is set to premiere on Netflix on May 11.

And since Netflix dropped its trailer last week, it’s all anyone can talk about.

The trailer teases the true story of Dr. Donald Cline, a former fertility doctor who used his own sperm in donations, which resulted in him fathering at least 50 children throughout the 1970s and ’80s.

Our Father is an investigative documentary, which means that Dr. Donald Cline is a very real man, and the chilling true story is bound to become a global phenomenon.

The official synopsis for the documentary reads: “Jacoba Ballard was an only child, conceived via donor sperm, who always dreamed of having a brother or sister. An at-home DNA test led her to the discovery of not one but seven half-siblings – a number that defied best practices in fertility medicine.”

“As the group set out to learn more about their curious family tree, they soon discovered the sickening truth: their parents’ fertility doctor had been inseminating his patients with his own sperm – without their knowledge or consent.”

“As Ballard and her newfound siblings realized they’ve barely begun to untangle his dark web of deceit, their pursuit of justice lies at the heart of this profoundly unsettling story about an unimaginable breach of trust.”

The True Story Behind Our Father, the Netflix Documentary Everyone Can’t Stop Talking About https://t.co/c9IdRQYhcJ pic.twitter.com/X2Rgkf3nNo

While some scenes in the upcoming documentary may likely be fictionalised or dramatised, the plot is entirely true.

Dr. Cline opened his fertility clinic in Indiana, USA, in 1979, and secretly used his own sperm to impregnate women who visited him for artificial insemination.

He claimed the donations were from medical residents, and as a result of his actions, he fathered at least 50 children in the 1970s and ’80s.

It wasn’t until those sharing Cline’s DNA started using at-home DNA tests and social media that they realised they were all half-siblings, and the chilling reality of the situation began to creep over them.

A 2019 report written by The Atlantic details how the half-siblings found each other and pieced everything together.

Jacoba Ballard was one of the first; after registering on an online forum for donor-received children, she found another woman whose mother had been treated by Cline.

That woman knew another woman, and a test confirmed that they were all sisters.

Another one of Cline’s children said they learned about him through DNA kits: “When I opened up Ancestry, I had over 3,000 hits.”

According to the trailer, most of these siblings lived within a 25-mile radius of each other, meaning they likely could have already known each other, or even dated each other.

Some of Cline’s children are convinced it was all a “sick” experiment for him.

They say in the trailer: “I think it was some sick experiment for him. Most of us have blonde hair, blue eyes. It was almost like this perfect Aryan clan. It’s disgusting.”

At the time this was happening, there was no Indiana state or federal law to criminalise Cline’s actions, and his victims struggled to get justice.

Cline retired from practice in 2009 and was later convicted on two felony counts for obstructing the investigation in 2017, as per Netflix, for lying to investigators about using his own sperm.

He surrendered his license to the Medical Licensing Board of Indiana in 2018, and the board prohibited him from ever applying to reinstate his license again.

Cline was handed a one-year suspended sentence for the two counts of obstruction of justice, and because state law didn’t specifically prohibit fertility doctors from using their own sperm, no other charges were brought against him.

Cline, who is now in his 80s, has served no time for his actions.

However, in 2019, Indiana became the first US state to make it a criminal offense for fertility doctors to use their own sperm without their patients’ consent.

Matt White, one of the children fathered by Cline, helped to get the bill passed.

Matt told WRTV Indianapolis: “We were told there were no laws to charge Cline or others that would engage in similar deplorable actions and the only thing to do would be to create a law should this issue arise again in the future the patients and children are protected.”

Matt continued: “This was a team effort full of a lot of sacrifice, dedication, and persistence. We educated Indiana’s legislators, got our bill passed, and not going to stop.”

The chilling documentary joins Netflix on May 11.