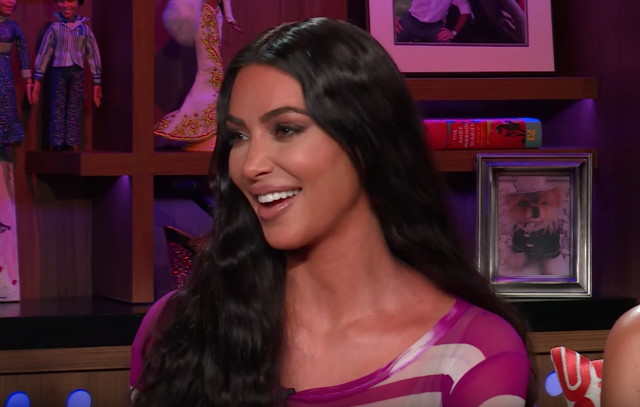 Kim Kardashian has finally responded to reports that she’s expecting her fourth child with Kanye West.

Kim, Kourtney Kardashian and Khloe Kardashian appeared on Watch What Happens Live with Andy Cohen, and the reality star decided to confirm the news when questioned by the show’s host.

After Andy called upon viewers to help pick out baby names for Kim and Kanye, he asked, “Are you working on another child?”

The mother-of-three replied, “We are,” before confirming that they’re expecting a baby boy via surrogate.

Kim also explained how the news got out, by confessing, “I got drunk at our Christmas Eve party and I told some people. I can’t remember who I told because I never get drunk.”

According to E! News, Kim and Kanye will welcome their fourth child sometime in May.