Ryan Reynolds has shared his heartache as his kids “won’t see their grandparents” this Christmas amid the pandemic.

The Hollywood actor and his wife Blake Lively share three daughters together, James (6), Inez (4) and Betty (1).

Taking to his Instagram Stories on Saturday, the 44-year-old revealed his family’s plans for the festive season would be different this year, as New York’s coronavirus cases continue to surge.

“My kids won’t see their grandparents this year for Christmas. Or friends or aunts and uncles. It sucks,” the father-of-three wrote. 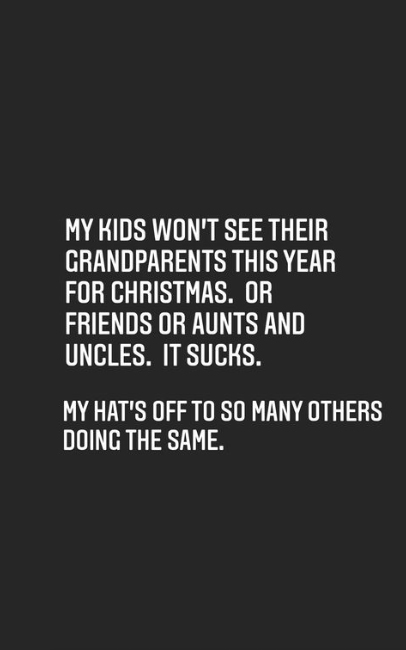 “My hat’s off to so many others doing the same,” he added.

Blake and Ryan are notoriously private when it comes to their children, but Ryan recently opened up about being a dad during an interview with Access last month.

He said: “I love being a girl dad. I have three daughters, which I never in a million years would have imagined. I come from all boys. I have three older brothers.”

“I’m the youngest of four boys so for me to have three daughters has been such a ride and I love every second of it.”

The Deadpool star admired Blake and their daughters for their “courage”, and said: “No joke, they are the most capable people I know.”

“If anything got crazy or scary in my life, they are the first people I would lean on because they have wisdom and strength and they’re calm under fire. They have courage under fire.”

Ryan also said he never spends too much time away from his daughters, as they always travel with him.

“We don’t split up like I shoot movies and my wife shoots movies and we go travel all over the place and we just all go together,” he said.