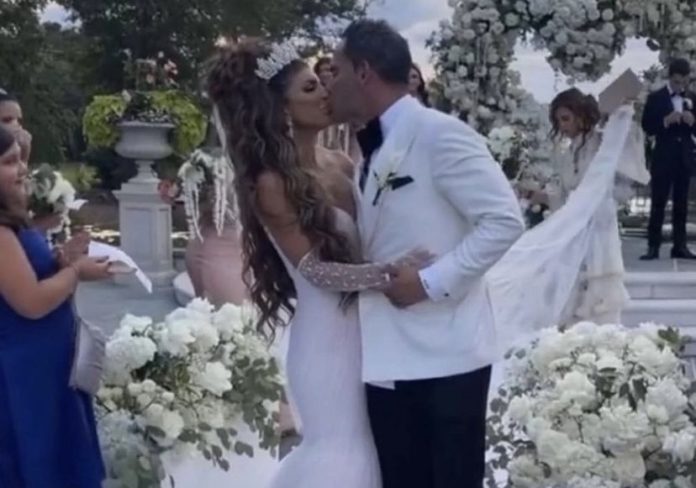 The Real Housewives of New Jersey star and her fiancé Luis Ruelas tied the knot at the Park Chateau in East Brunswick on Saturday.

The bride wore a stunning mermaid-style wedding gown featuring a sweetheart neckline, accessorising with long sheer gloves, a sky-high hairdo, a sparkling tiara and a long veil for her special day, and the groom wore a white tux jacket and a bow-tie.

According to E! News, all of Teresa’s RHONJ co-stars were in attendance – including Dolores Catania, Margaret Josephs, Jennifer Aydin and Jackie Goldschneider.

A source told the publication ahead of the ceremony: “Teresa is on cloud nine. She wanted a fairy tale wedding and that is exactly what she is getting. Everything is being done with such precision to make this an unforgettable evening.”

Teresa and Luis got engaged last October, after over a year of dating.