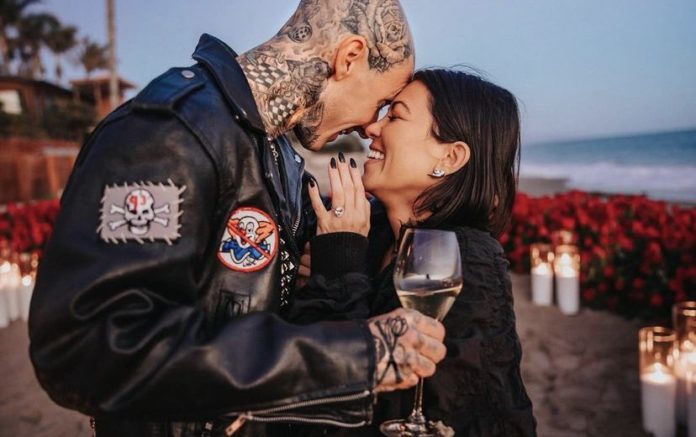 Kourtney Kardashian and Travis Barker have booked Andrea Bocelli to perform at their star-studded wedding in Italy today.

The couple, who legally wed at a courthouse in Santa Barbara last week, will exchange vows on the grounds of a medieval castle called Castello Brown in Portofino on Sunday.

According to PEOPLE, the Italian opera tenor will attend the wedding with his wife Victoria Bocelli, and the 63-year-old will treat guests to a spine-tingling performance.

Kourtney is set to make a dramatic entrance at their wedding, as she’ll walk down the aisle to Ave Maria while wearing a long headdress train.

For the ceremony, it’s understood the reality star will wear a dress designed by Dolce & Gabbana, who have reportedly “sponsored” the couple’s star-studded wedding.

A host of famous faces have descended upon the Italian fishing village of Portofino to attend the wedding today – including rumoured guest Beyoncé.

Of course, the POOSH founder’s sisters Kim, Khloe, Kylie and Kendall will also be in attendance, as well as Kourtney’s mother Kris Jenner, and her three children – Mason, 12, Penelope, 9, and Reign, 7.

However, the father of her kids, Scott Disick, has not received an invitation to the ceremony.