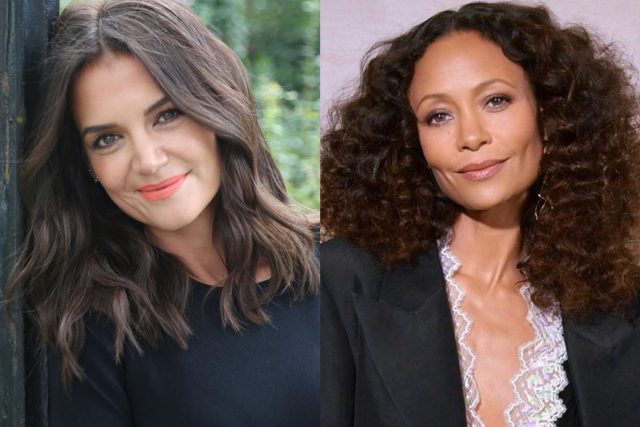 Katie Holmes has followed Thandie Newton on Instagram, days after she admitted to being “scared” of Katie’s ex-husband Tom Cruise.

Earlier this week, the actress admitted she was “so scared” of the Hollywood actor when they worked together on Mission: Impossible II.

“He was a very dominant individual,” she admitted. “He tries super hard to be a nice person. But the pressure… He takes on a lot.”

“I think he has this sense that only he can do everything as best as it can be done.”

Thandie also recalled a time she and Tom were rehearsing for a scene, and Tom asked her to play him and vice-versa.

She explained: “So we filmed the entire scene with me being him – because, believe me, I knew the lines by then – and him playing me. And it was the most unhelpful… I can’t think of anything less revealing.”

“It just pushed me further into a place of terror and insecurity. It was a real shame. And bless him. And I really do mean bless him, because he was trying his damnedest.”

“He wasn’t horrible. It was just – he was really stressed,” she added.

Just days after Thandie’s comments about Tom hit headlines, the actor’s ex-wife followed her on Instagram.

Katie married Tom back in 2005, and the couple welcomed a daughter named Suri in 2006.

However their relationship turned sour in 2012, and Katie filed for divorce.