The couple moved into the $20 million home with their four children in 2017.

Purchased in 2013, the home underwent extraordinary renovations before the pair nested. 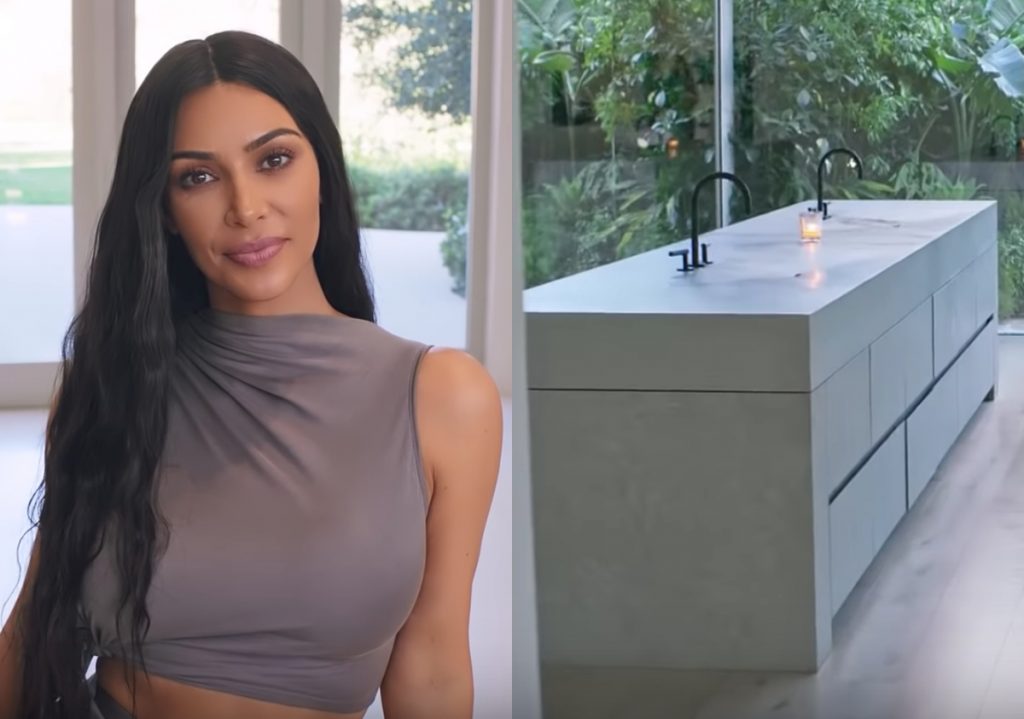 Their home which has caused controversy before for appearing to have taps but no sinks was recently showcased in Architectural Digest magazine.

A source told The Sun that friends don’t feel comfortable in their lavish home.

“Kim and Kanye’s house is the most uncomfortable place,” the source revealed.

They told the publication that a mix of uncomfortable seating arrangements and display only chairs make for a cold space.

“It’s impossible to sit comfortably, and you don’t know what you’re allowed to sit on as some of it is art.”

“You’re basically expected to sit on cold concrete steps as there aren’t many chairs,” they added.

“Obviously there are toys for the kids, but they’re not lying around for kids to play with like at Kourtney’s house.”

“It looks incredible, obviously, but it’s not a relaxing space. Everyone jokes ‘when are you getting the furniture in’ – but not in from of Kim and Kanye because they love the look!”