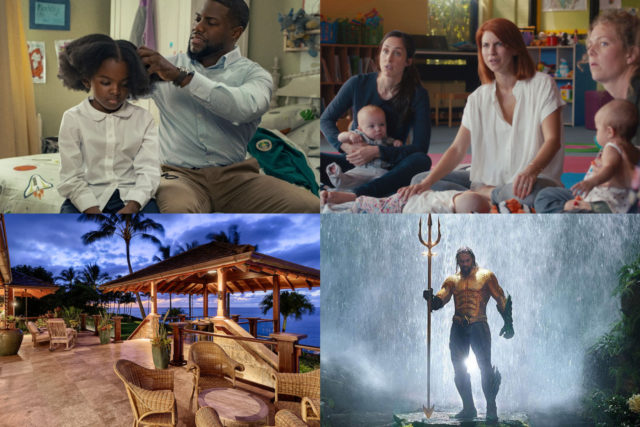 Netflix are adding a host of films and shows to their platform to keep you entertained in the week ahead.

Working Moms is a sitcom about four very different mothers and friends who try to balance their jobs, family life and love life in modern day Toronto, Canada.

A young boy named Dre (played by Jaden Smith) finds himself bullied by Cheng, a rebellious kung fu prodigy at his school.

However, things change after he befriends Mr Han, a maintenance man, who happens to be a kung fu expert.

The World’s Most Amazing Vacation Rentals

With an eye for every budget, three travelers visit vacation rentals around the globe and share their expert tips and tricks in this reality series.

Kevin Hart stars as a father who brings up his baby girl as a single dad after the unexpected death of his wife – who died a day after their daughter’s birth.

When a young married couple buy their dream house in the Napa Valley, they think they have found the perfect home to take their next steps as a family.

But when the strangely attached seller (played by Dennis Quaid) continues to infiltrate their lives, they begin to suspect that he has hidden motivations beyond a quick sale.

Half-human, half-Atlantean Arthur (played by Jason Momoa) is born with the ability to communicate with marine creatures.

He goes on a quest to retrieve the legendary Trident of Atlan and protect the water world.