Drones were used to model handbags at Dolce and Gabbana’s Autumn/Winter 2018 show in Milan yesterday.

First the robots replaced factory workers now it looks like models need to look out!

The Italian fashion show did feature models as well, for now, but the drones stole the show.

A lone of the electronic devices were flown up and down the runaway at a walking pace.

Flown with precision the drones added a futuritstic touch to the

Fashionista reported that attendees were asked to turn off the WiFi function and hotspots on their mobile phones so as not to interfere with the drones.

We wouldn’t say no to a drone lugging our gym bag along for us. 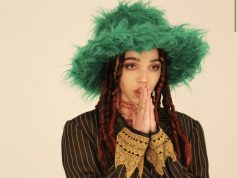 All the BEST red carpet style from the NME Awards