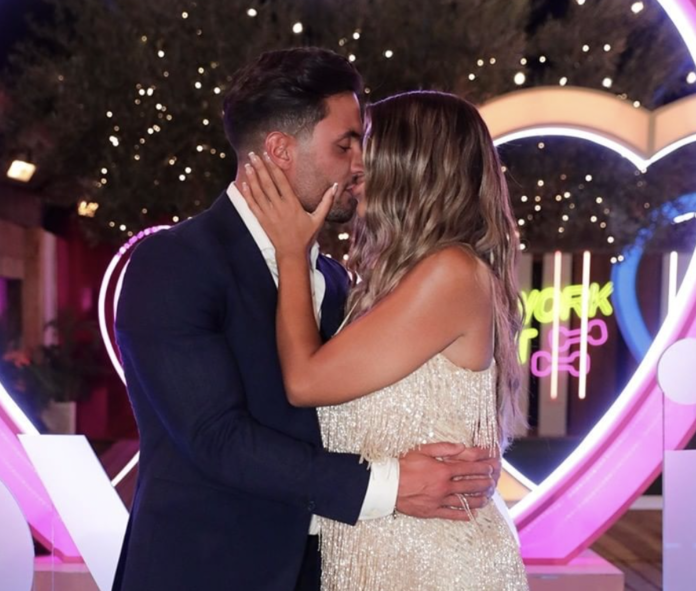 Ekin-Su Cülcüloğlu and Davide Sanclimenti won this year’s Love Island by a landslide.

Ahead of the final, fans were asked to vote for their favourite couple to win the £50,000 cash prize.

And according to voting figures released by ITV, Ekin-Su and Davide secured a massive 63.69% of the public vote.

Runners-up Gemma Owen and Luca Bish scored just 14.47% of the final vote, while Indiyah Pollack and Dami Hope, who came third, received 11.77% of the vote.

Tasha Ghouri and Andrew Le Page, who finished in fourth place, received 10.07%. of the vote.

Fans were delighted to see the couple win the series on Monday night, as Ekin-Su broke down in tears when host Laura Whitmore called out their names.

In a video posted on Instagram after the final, Ekin-Su said: “Thank you everyone for voting [for] us and thank you for making us who we are.”

“I can’t believe it. I think everyone’s winners in here and I just feel really lucky to be here.”

Davide added: “We’re all four great couples but yeah thank you for everyone.”

Ekin ended the video by saying: “Thank you for everyone for going on our journey with us, it means so much, so much.”

While the 2022 series of Love Island is over, fans can look forward to the reunion special – which is taking place in a matter of days.

Read more about the reunion here.