Kelly Brook has opened up about the judgement she faced for not having children.

The 38 year old came out in support of Jennifer Anniston, after the actress said childless women are seen as “damaged goods”.

Jennifer hit back at trolls who criticised her for not having children in a recent interview with InStyle.

Kelly appeared on Loose Women on Thursday and agreed with the friends actress.

She revealed on the show how “People always ask – my biological clock is ticking, I’m approaching 40. I have tried to have children, I haven’t been lucky, I’ve had several miscarriages.”

The brunette beauty revealed how she’s suffered several miscarriages, but that people don’t think when they ask that question what the reason behind it is, saying “you’ve got to think-hang on there might be a medical reasons why they’re not having children.”

She continued, saying “its not because I’m flying around the world and I’m a selfish person”. 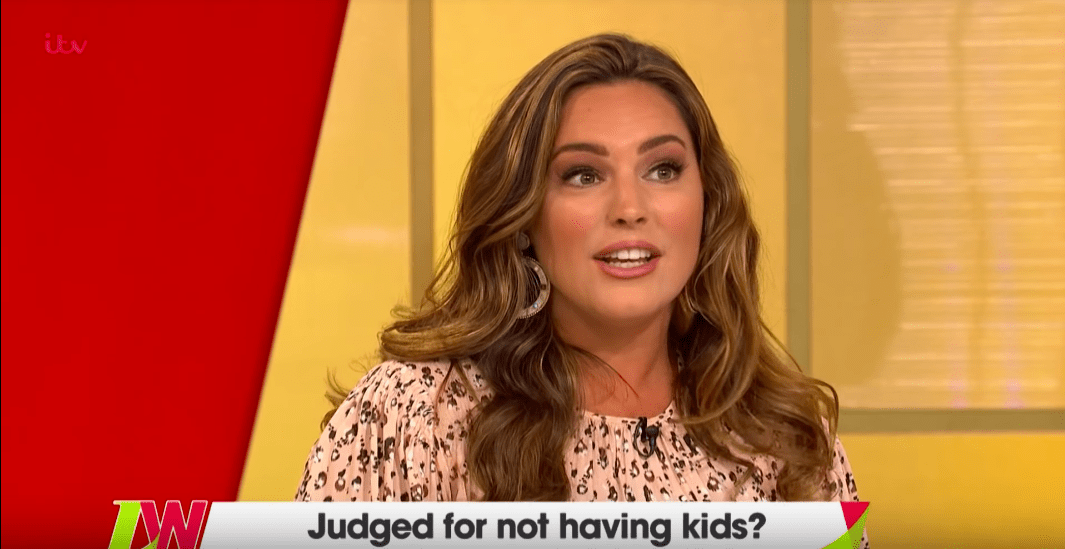 “I don’t want children, people need to understand and look at why you aren’t having kids. When I’m asked are you going to have kids? I never have the right answer, I never want to go into it, it’s no one’s business.”

“It annoys me when people look at you, they say you don’t have children, you don’t know anything, wait till you have them,. I think that’s a bit mean too.’

Kelly is currently dating model Jeremy Parisi, the pair have been together since 2015.