The pair were spotted looking close of social media, and Alex has since told pals that him and Chyna have slept together.

A source told The Sun Online, “They spent an evening together and definitely hooked up. They really fancy each other and enjoy one another’s company.

“It just happened the one time, they’re making the most of life outside the villa and Alex is enjoying being single.”

The 22-year-old Geordie model coupled with Montana Brown on Love Island, but their relationship fell apart shortly after leaving the villa.

“Yes it was Montana that made Alex single, but he’s completely moved on now, and is taking dating seriously,” said a source.

“To be honest, he doesn’t have time to be concerned about the past, he’s signed a huge modelling deal, so the work is obviously keeping him really busy.”

The news comes just hours after Montana hinted that she’d like to get back together with Alex.

Speaking to the MailOnline, Montana said, “We have a lot of things in common. We both like going to the gym, we both really clicked in the villa.

“As soon as we came out the distance was a really big issue. I’m not someone who would want to see someone all the time anyway, but it was more we weren’t seeing each other a lot.

“It’s just seeing if he moves closer or something like that… never say never,” she added. 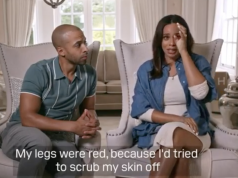