Ellie Goulding is engaged to Caspar Jopling, after dating for 18 months.

The news of their engagement was announced in The Times, and was titled, “Mr C.W.F. Jopling and Miss E.J. Goulding.”

The announcement read, “The engagement is announced between Caspar, son of The Hon Nicholas Jopling of Yorkshire and Mrs Jayne Warde-Aldam of Yorkshire, and Elena, daughter of Mr Arthur Goulding of Hertfordshire and Mrs Tracey Sumner of West Midlands.” 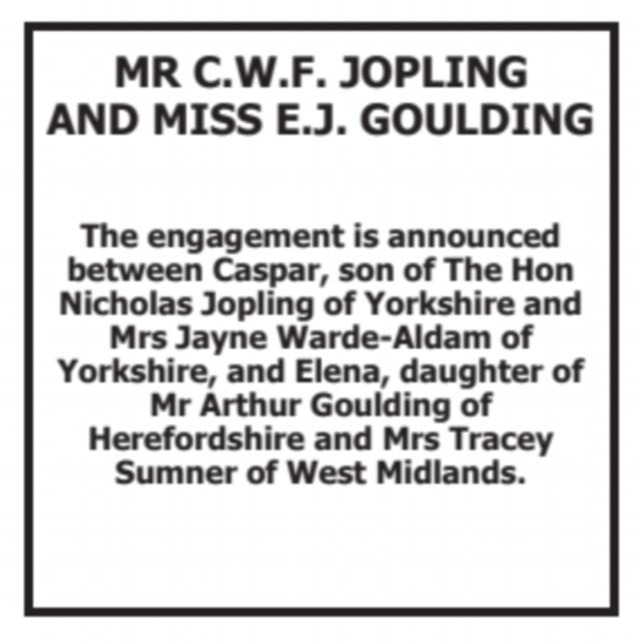 Meanwhile, a source close to the pair told The Sun, “The couple wanted to tell friends and family first and people won’t notice because her name is Elena. She’s over the moon and has never felt so happy.”

Her fiancé Caspar is a rower for Team GB.

The Love Me Like You Do singer and her fiancé live together, and the couple split their time between New York and London.

Need sunnies or not happy

The pair first sparked rumours that they were dating in April last year, when they reportedly put on an amorous display at a karaoke night in Mayfair.

An onlooker told The Sun at the time, “Ellie had brought Caspar along as her date. They were very coupley and touchy-feely.”