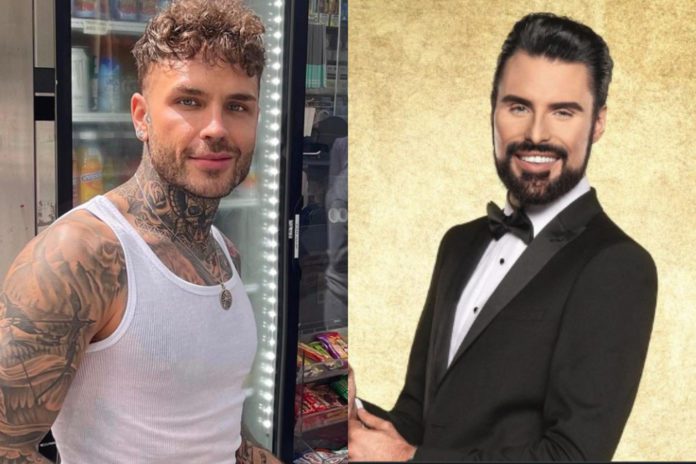 Declan Doyle has revealed he is completely single after rumours of a whirlwind romance with Rylan Clark.

The Sun previously reported that the Gogglebox personality and the Ex On The Beach star had been dating since April.

He told presenter Mark Dolan: “We’re just dating, it’s been a few dates – we really get on.”

He claimed the pair met “at an event a while ago,” before joking he was the more famous one in the relationship.

However, in a recent interview with The Mirror, Declan said: “I’m single, looking for love. It’s not working out.”

The 32-year-old joked that he may have to call in a reality dating show as reinforcement in his love life.

“I might have to go on ‘Married At First Sight’ or something for someone find me somebody because I can’t find someone,” he laughed.

“I’d do ‘Married At First Sight’ for sure. I just can’t find someone to love me that’s all.”

The statement read: “In light of recent made up stories: We, nor Rylan wish to comment on his private life. However on this occasion we feel we need to.”

“There is absolutely no truth to this story or the many other stories that have run about this apparent ‘relationship’ in the past few weeks.”

“Rylan is single and lives on his own. Any reports to the contrary are completely fabricated.”

Rylan then further cleared up any rumours, writing: “I tried to ignore it but this isn’t ok. For the past few weeks there’s been stories regarding my ‘relationship.’ I’ve stayed out of it, ignored it, but this is ridiculous.”

“I’m not in a relationship, haven’t been for over a year and have no intention to. I’m looking after myself for a change and it’s staying that way.”

“Hopefully this clears any fabricated stories up the past few weeks and to whoever is ‘selling’ them…… 🥴🥴🥴. Take care.”

Rylan and Declan’s “relationship” was reported to have begun in April after they were spotted dining at Roka in Canary Wharf, and they were later spotted flirting outside a restaurant in Marylebone.

The Gogglebox star split from his husband of six years Dan Neal in June 2021.