Catherine FitzGerald has gushed over her “supportive” husband Dominic West, after the recent Lily James drama.

Back in October, fears mounted for the couple’s marriage, after Dominic was papped kissing actress Lily James on a trip to Rome.

After the scandal erupted, the English actor and his Irish wife Catherine shocked fans by putting on a united front outside their home in the Cotswolds, insisting their marriage was “strong” and they were “very much still together”.

Catherine opened up about her marriage in an interview with the Sunday Independent, admitting there was “definitely instant attraction” when she met her husband in the late 1980s while studying at Trinity College.

She told the publication: “We had a wonderful love affair.”

“I had a tiny room on campus, and Dominic had a garret flat on the top floor of a building on Mountjoy Square. It was falling down but you could get out onto the roof and sit on the hot slates – it was a lovely summer that year – and we would look over Dublin, reading poetry to one another with the mountains in the distance.”

“We had all the time in the world to explore the pubs and back streets and walk the canal. I have a great memory of the lilac that spring. But at the end of the summer I left him and he has not let me forget it! But I couldn’t have settled down with him right then forever. That would not have been a good idea for either of us.”

Explaining how the couple rekindled their romance, Catherine said: “Dominic had been living in America, doing The Wire, and he had a daughter, Martha, but had spilt up with her lovely mum.”

“He was having a year out and came back to London to be with his daughter, and a mutual friend brought him to meet me. We were both, then, at the right time in our lives. And it was lovely to have that shared history, from earlier days.”

“I sure as hell did it the hard way. By then I was about 32 and I had decided to put everything into my work but falling in love was wonderful.”

“There’s something about having lived a full life before settling down – I felt I could throw myself into family life and having babies with gusto. And I really went for it, having four in seven years!”

“It’s had its ups and downs of course, like everybody, but we are totally devoted to each other and to our full, vibrant family life together,” she added.

The couple bought Glin Castle, Catherine’s family’s ancestral home, in 2019 to save it from being sold on, with Catherine admitting Dominic was “so supportive” of the decision.

“At first he was a bit ambivalent – he’s quite a free spirit, he loves travelling, but Glin is very much a shared project for us.”

“We lead quite separate work lives – acting and gardening are worlds apart – so it is lovely to work together on something that we both care about.”

“His other love apart from acting has always been old buildings: there is an element of theatre in the arrangement of old houses that appeals to him.” 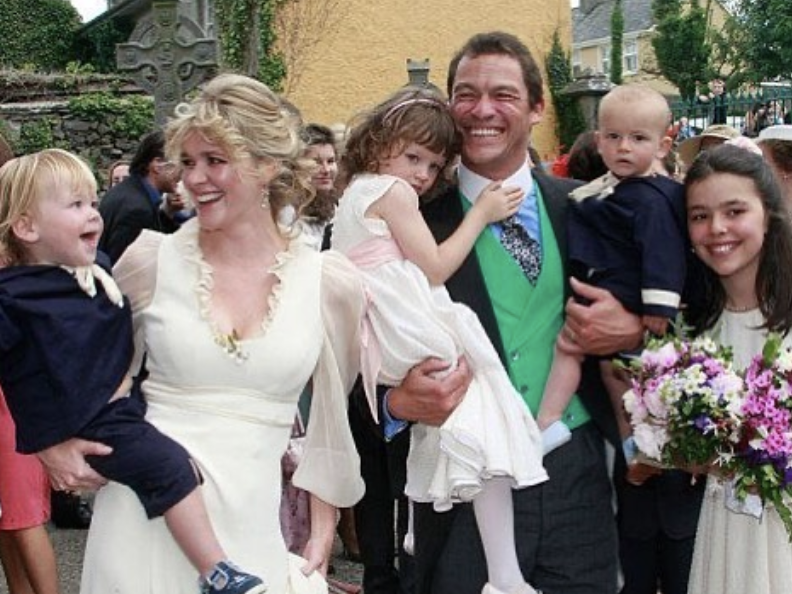