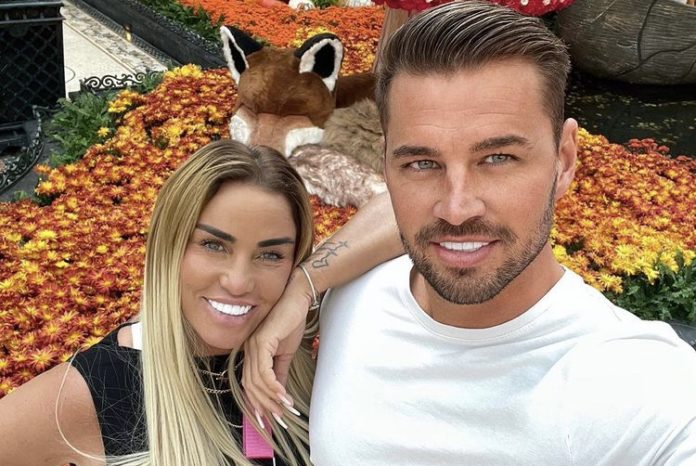 Carl Woods has insisted he and his fiancée Katie Price are not getting married in Las Vegas amid speculation.

The former Love Island star revealed he and his wife-to-be obtained a wedding license over the weekend as a prank.

Taking to his Instagram Stories on Monday night, the 32-year-old wrote: “I can confirm Katie Price and I are not getting married in Vegas and never was. However a $102 marriage licence caused pure carnage and got the media all excited and s**t.” 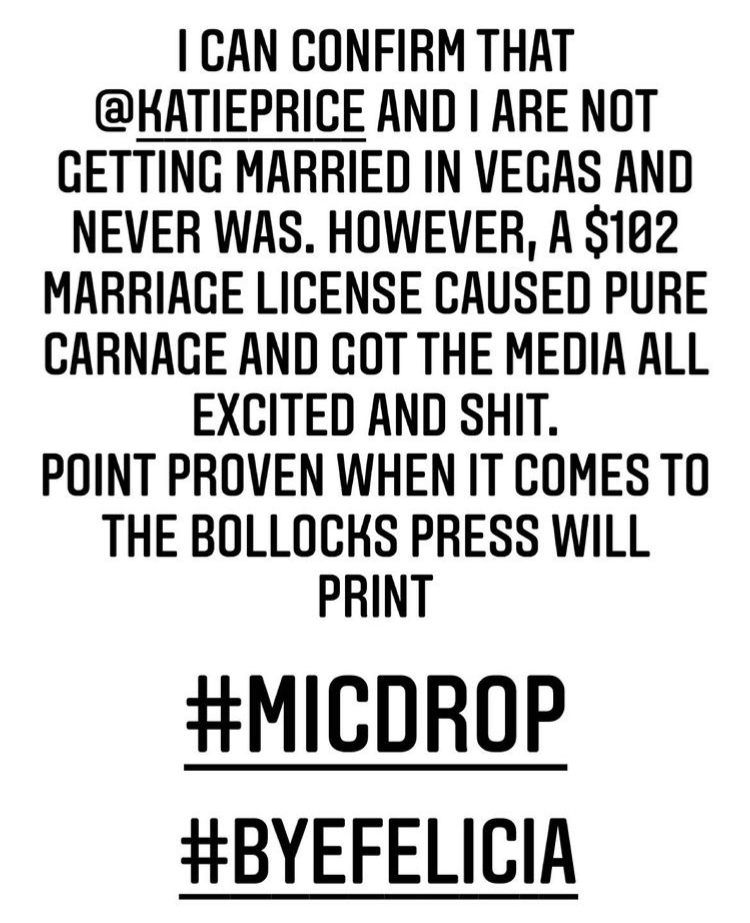 He later added: “I mean, I have always said I wouldn’t do anything similar or the same to what’s been done before…”

Katie was married to Alex Reid from 2010 until 2012, and the former couple tied the knot in Las Vegas.

The former glamour model was also married to Peter Andre – who she shares 14-year-old son Junior and 13-year-old daughter Princess with – from 2005 until 2009.

Carl’s marriage to Katie will be his first.