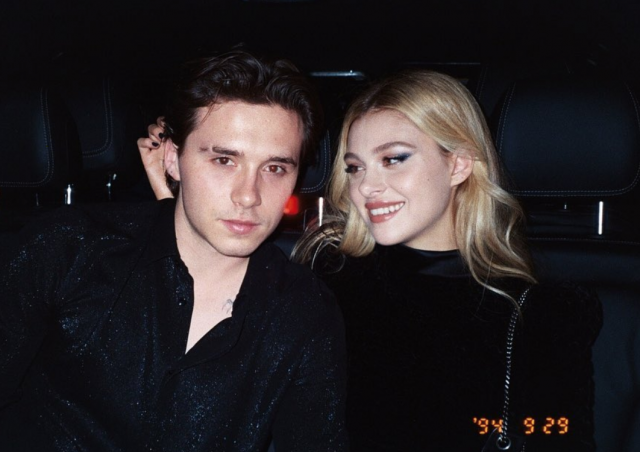 Brooklyn Beckham and his fiancée Nicola Peltz are reportedly set to have two weddings.

The couple, who just announced their engagement this week are allegedly planning to tie the knot twice in 2021.

Brooklyn 21, and Nicola, 25, announced the news of their engagement via social media this week, revealing that the photographer popped the question two weeks ago.

According to reports the ceremonies could cost over €4 million, and the couple will definitely be signing a prenup, given that Nicola’s father is said to be worth over €1 billion.

“Everyone is delighted for them. Brooklyn has always looked up to his parents and grandparents, who have been married for a combined 70 years, and that’s what he wants,” a source told The Sun.

“David and Victoria are thrilled. They feel he has finally met a girl who is not after him for fame or money. In fact, her family wealth dwarfs the Beckhams.”

Two weeks ago I asked my soulmate to marry me and she said yes xx I am the luckiest man in the world. I promise to be the best husband and the best daddy one day ❤️ I love you baby xx

“It’s too early to set a date, but they’re aiming for the end of next summer or early autumn,” the insider added.

There are already rumours that fashion designer Victoria is designing one of the dresses that Nicola will wear.

While the couple are currently in the UK with the Beckhams, the pair are said to be keen to move to LA full time together, and are already house hunting.